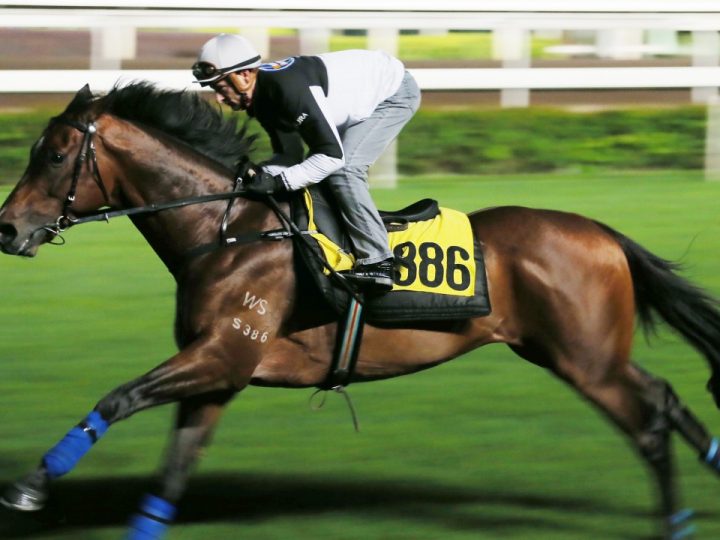 HKJC Release 30/12/2015
After a short break, the Ricky Yiu-trained Packing Pins is all set for HKG3 Chinese Club Challenge Cup (1400m) on New Year’s Day. The horse has already lived up to expectations with back-to-back victories on his first two outings this season and a very creditable fifth in the G2 BOCHK Wealth Management Jockey Club Mile. This follows on from a highly successful first season, with four wins from seven starts.
The New Year’s Day feature often attracts top-class contenders and the roll call of recent winners includes such G1heroes as Sterling City (2014), Little Bridge (2011), Egyptian Ra (2010), Joy And Fun (2009), Floral Pegasus (2007) and Scintillation (2006). Last year’s winner, Rewarding Hero, also proved his ability, finishing a gallant second behind Able Friend in the G1 Champions Mile in May.
Yiu is pleased with the progress of Packing Pins and hopes the horse can deliver on Friday. “He is a horse with a giant fighting heart, and therefore it wasn’t a surprise to see him winning a recent barrier trial. He has done everything right and is capable of further improvement. This year’s Chinese Club Challenge Cup will be a very good race.”
Zac Purton, jockey of Packing Pins, is looking forward to a flying start in 2016. “He ran well when I rode him to win the barrier trial last week, showing that he is currently in fine form. As long as he can keep on improving he will be the one to beat.”
According to Purton, Packing Pins is similar to Fellowship, a top class galloper who won the 2010 Stewards’ Cup (1600m) with Purton on board. “Packing Pins has an outstanding record over 1400m, and being back to his ideal distance on Friday will certainly be a plus. Sometime in future, he will be equally effective over a mile, just like Fellowship, who was formidable at 1400m in his early career but later also ran very well over 1600m.” Five of Packing Pins’ victories in Hong Kong have been in 1400m races.
The New Year’s Day 11-race card also includes another HKG3 event, the Bauhinia Sprint Trophy (1000m), and Purton is hopeful that his ride, Not Listenin’tome, will add another win to his tally.
“I worked him last week and he gave me a good feel. He is currently on top of his game and has been well prepared for Friday’s race,” Purton said. “He has a good track record down the Sha Tin straight course and performed very well on his latest outing in the Hong Kong Sprint. If he can produce his best performance he will have a decent chance.”
Back to all news
SHARE
Recent News