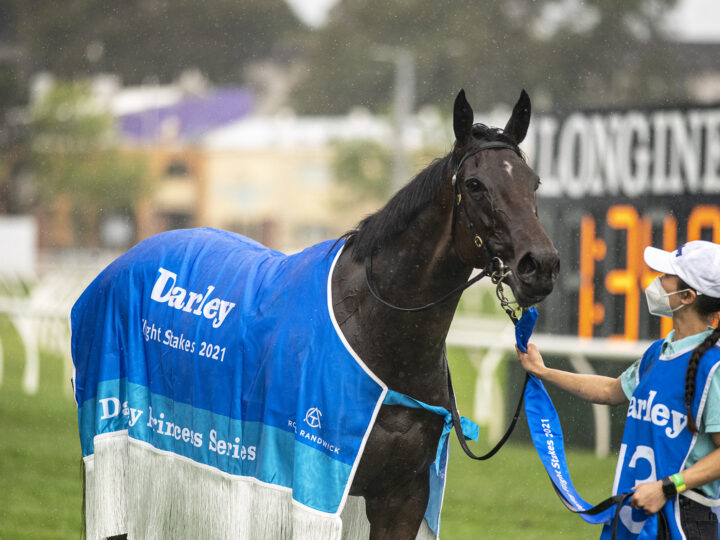 Champagne was flowing at Waikato Stud on Saturday evening following the victory of Never Been Kissed in the G1 Flight S. at Randwick.

She was bred at Waikato Stud, who made the smart decision to retain the filly and who has now provided resident stallion Tivaci with his first Group 1 winner.

“It’s a fantastic result for Tivaci, I can’t believe it and it’s a dream come true,” Mark Chittick said. “It’s a massive operation here and we’re all enjoying it, we probably won’t be on Sunday.”

Never Been Kissed is from the first crop of Tivaci, who ended his career with success in the G1 All Aged S.

“Tivaci wasn’t effective past 1800 metres and when he came back in distance he was at his very best. They had him sorted out and kept him around a mile after we had bought into him,” Chittick said.

“We were involved in the Group 1 races and we would have been happy to stand Tivaci at stud before the All Aged S., but obviously that was the icing on the cake.

“One of the big things with Tivaci was the turn of foot he showed up to 1600 metres and our belief that he would be a lovely cross for our Savabeel mares.”

That has certainly been the case with Never Been Kissed, who is the first foal of Savabeel’s daughter Movie, a three-time winner who has a Sacred Falls 2-year-old and is due to foal to Ocean Park (NZ).

Never Been Kissed completed a Randwick double for the farm following the earlier success of Savabeel’s son Wairere Falls.

A half-brother to the ill-fated multiple Group 1 winner Sacred Falls (NZ), he was sold to Go Racing for $280,000 at New Zealand Bloodstock’s National Yearling Sale and has now won five races.

He is a half-brother to the G3 Thoroughbred Club S. winner Splashing Out (NZ) (O’Reilly {NZ}), dam of Group winners Splurge, Shopaholic and Packing Pins.