Patience and family insight proves on the money 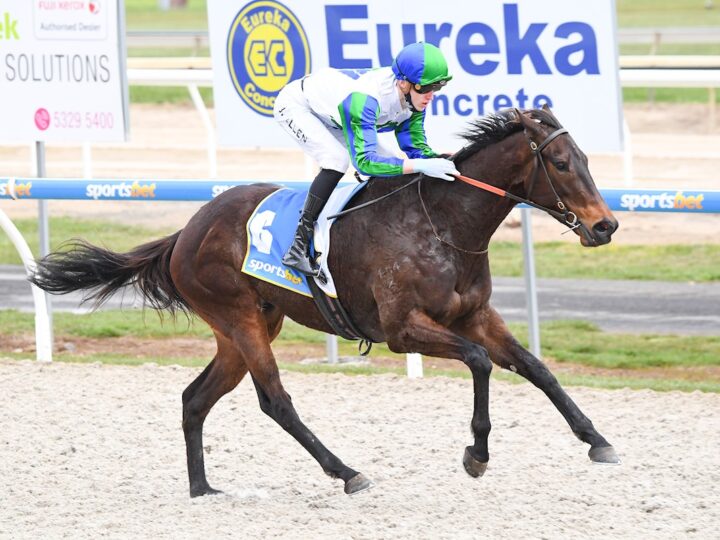 Valentino's On (Savabeel x Oh So Glam) winning at Ballarat.

Mark Chittick’s patience combined with an intimate knowledge of the family of Valentino’s On was rewarded in Victoria this afternoon when the Savabeel filly cruised to a maiden success on the synthetic track at Ballarat.

The Waikato Stud colours were carried to an effortless victory when the 4-year-old broke quickly from the gates to lead and, with a minimum of persuading from rider Ben Allen, surged clear to win in style.

On the synthetic track, Valentino’s On was able to turn her form around after failing on an unsuitably heavy grass surface at Ballarat at her previous outing.

“That was a good win and good to see her back in form, she needs top of the ground. She pinged the gates and put herself there and I would have been horrified if Ben had dragged her back,” trainer Henry Dwyer said.

“She has sort of crept up on us a bit, the team at Waikato Stud was good enough to send her over. I said to Mark at the end of her last preparation that I think she’s got something there, but she might be better placed back in New Zealand.

“Thankfully, he said to me that the family was very slow maturing and he’d like me to give her another try. He was spot on with her and hopefully she can go on with it.”

Valentino’s On is a daughter of the O’Reilly mare Oh So Glam, who is a half-sister to the multiple Group 1 winners Glamour Puss and Vision And Power. And sister to the G2 Stan Fox S. winner Rare Insight.