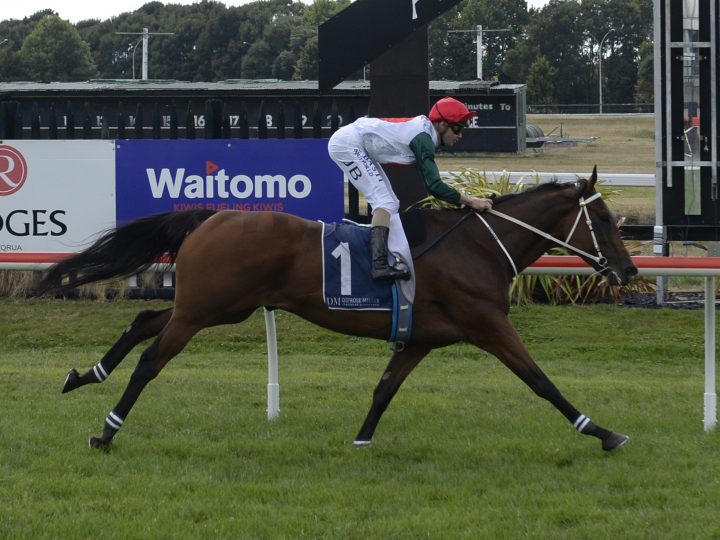 The wait has been worthwhile for the connections of the Waikato Stud-bred four-year-old Master Park.

The lightly-tried gelding has been treated patiently and he responded with his maiden success at Rotorua yesterday.

He showed the benefit of a break with a resuming second and followed up with a dominant win.

Ridden by Jake Bayliss, he went straight to the front and the result was in the bag a long way from home.

Master Park kicked off the bend and had two and a half lengths on his nearest rival at the post.

A son of Ocean Park, he is out of the Danasinga mare Go Our Dana who has now produced five winners.

She is a daughter of the Gr.3 Ladies Mile winner Mi Babe and a half-sister to the multiple winner Pinmedown.