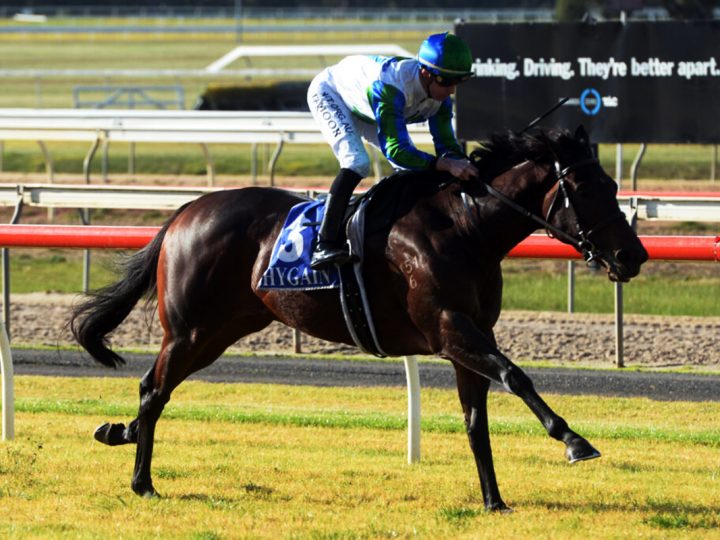 Blue-blooded filly Grand De Flora made it two wins on the bounce when she produced another smart performance over 1600 metres at Sandown this afternoon.

Trained by Danny O’Brien, the Waikato Stud-bred and owned-3-year-old came from well back to hit the front 200 metres from home and stayed on strongly to win by .75l.

“It worked out perfectly,” stable representative Ben Gleeson said. “They went a good tempo out in front and as Craig (Williams) and I discussed before the race, you have just got to let her settle where she is comfortable.

“He did that for her today and she finished it off. As her trackwork has shown at home, she is improving at the moment and I think the further we step her out the better she will be.”

She is a daughter of champion New Zealand sire Savabeel and triple Group 1-winning mare Daffodil has now won five of her eight starts and her connections are now looking to test her over more ground.

“That’s two wins now at 1600 metres, so it should have her cherry ripe for a step-up to 2000 metres and hopefully those bloodlines come to the fore in her next few runs,” Gleeson said.