Pierina back to winning ways 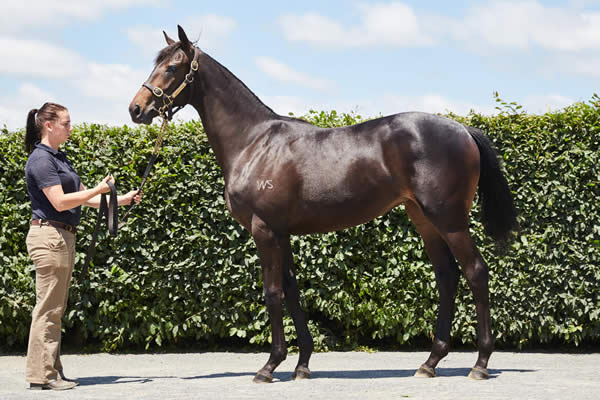 Pierina as a yearling

Talented mare Pierina capitalised on an economical run to post an overdue success at Ellerslie this afternoon.

The Waikato Stud graduate lobbed along in the trail and once into the clear she finished with purpose for rider Craig Grylls to account for her open handicap rivals.

Pierina has now won four times and posted her latest victory off the back of a fourth placing in the G2 Auckland Thoroughbred Breeders’ Stakes.

“Her last run was very good and her work since had been good as well,” trainer Stephen Marsh said.

“I thought she could bounce back to her best form with a bit of luck, she’s a class mare.”

Pierina finished fourth in both of her first starts for Marsh and then joined Kris Lees’ Newcastle stable and was a two-time winner in Australia before returning to Cambridge.

The Savabeel mare was offered by co-breeder Waikato Stud at New Zealand Bloodstock’s National Yearling Sale where she was purchased by agent Bruce Perry for $110,000.

The 6-year-old is a half-sister to the Listed Inglewood Stakes winner Showemup with their dam the Carnegie mare Quizzical, a half-sister to multiple winner and Group 1 placegetter Chaparrone.