Pike surrounds himself with stars 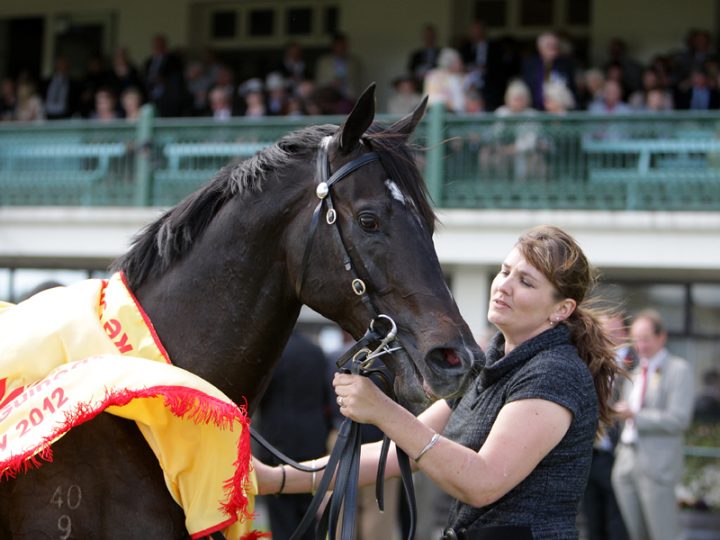 Tony Pike has two leading chances in Saturday’s Group One features at Trentham but a stable lodger overshadowed the pair in training at Cambridge on Wednesday.
While the Cambridge trainer went about his daily routine with Telegraph contender Sacred Star and Levin Classic hopeful Huka Eagle, it was dual Doncaster Stakes winner Sacred Falls who set the tongues wagging at the track.
“He had a nice little breeze-up at the track this morning. He’s up and galloping. He’s been back in the stable just over a month,” Pike said.
Pike produced Sacred Falls to win all six of his New Zealand starts at the beginning of his career, including the Gr.1 2000 Guineas at Riccarton, before owner Dato Yap Kim San transferred the O’Reilly colt to Sydney trainer Chris Waller, who has since guided him to a further three Group One wins, in the Doncaster and the George Main Stakes.
These days part-owned by Waikato Stud, where he will retire to stud duties at the end of the season, Sacred Falls spelled in New Zealand before joining Pike for his preliminary conditioning.
“Chris will be over for the sales next week and we’ll sit down and talk about his plans for him and when he wants him over there, which will probably be in the next three weeks,” Pike said.
“We’re really happy with the way he’s spelled. We couldn’t be any happier with the way he’s come back and the manner he’s progressing.”
Meanwhile, Sacred Star, another Dato Yap-owned galloper who did the reverse transfer from Waller to Pike, has pleased the Cambridge trainer in the leadup to Saturday’s Gr.1 JR & N Berkett Telegraph (1200m) at Trentham.
The sprint will be run under set weights and penalties conditions for the first time, meaning Sacred Star carries the topweight of 57kg by virtue of his Gr.2 QTC Cup win in Brisbane last winter.
“The Telegraph has come up a pretty good race. There’s plenty of depth and Sacred Star is probably quite poorly off at the weights under the conditions,” Pike said.
“But I know he’ll run well and this will set him up well for the weight-for-age [NRM] Sprint at Te Rapa in February that he ran second in last year.”
Pike will shoot for the Group One double with form runner Huka Eagle in the Gr.1 AIB Group Insurance Levin Classic (1600m).
“We’re really happy with him. He’s a pretty casual trackworker but he puts it all together on raceday and we’re really happy with his condition,” Pike said.
“Sardaaj will be hard to beat but Volkstok’n’barrell only got him on the line the other day and he keeps putting his hand up. He’ll be pretty competitive.”
Pike’s other two runners are Sancerre in the Listed Tui Backing A Winner Since 1889 Anniversary Handicap (1600m) and impressive debut winner Boodles in the Vernon And Vazey 2yo (1200m). – NZ Racing Desk

One of Waikato Stud’s best performed families served it well at the Inglis Ready2Race Sale at Riverside Stables this afternoon. The Matamata farm offered a son of Savabeel, Lot 117, through Jamie Beatson’s Ohukia Lodge …