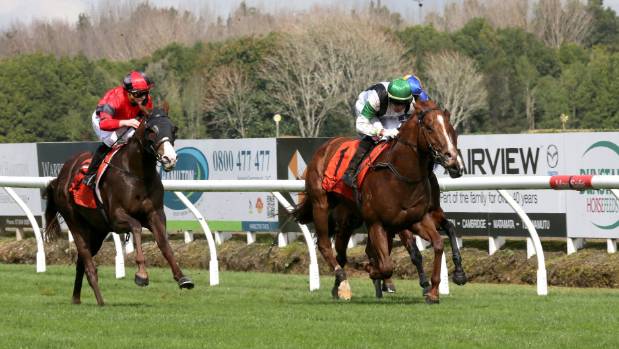 Unbeaten youngster Felton Road has booked his berth in the country’s richest two-year-old race. The WS-bred and sold son of Pins confirmed his presence in the Listed Karaka Million with an impressive winning performance at Ellerslie this afternoon.
He is trained by Tony Pike, whose pre-race confidence was boosted by the earlier success at Trentham of Padraig, who had finished third behind his charge last month. “That was good to see the form franked at Wellington and my horse had trained on well,” he said.
Pike’s only concern had been the wide gate, but under rider Leith Innes it didn’t prove a barrier to success. Felton Road let down strongly in the run home for a convincing victory.
A $20,000 Karaka yearling, he is a son of the unraced O’Reilly mare Rose Red. She is a three-quarter sister to the dam of the Group Three winner and Group One placegetter Tootsie.
Back to all news
SHARE
Recent News