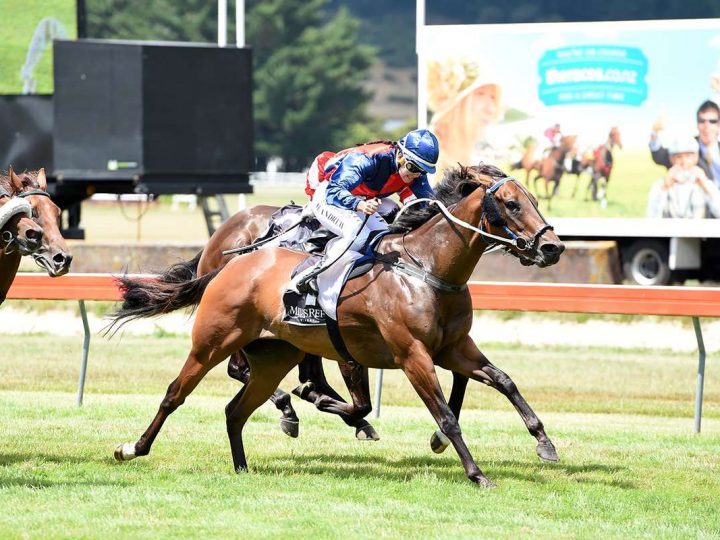 Morse Code
The well-related Morse Code completed consecutive victories at Otaki with a stirring performance there today. The Pins three-year-old was second in the running before she exploded clear in the run home to win easing down by two and a half lengths.
“She’s always showed plenty of potential and it’s just been a matter of race practice to get her manners right,” owner-trainer Tom Perry said. He purchased Morse Code for $9000 out of WS’s National Weanling Sale draft to Karaka in 2013.
Out of the O’Reilly mare Really Reputable, Morse Code is a three-quarter sister to the Australian Group Three winner Stickpin.
Back to all news
SHARE
Recent News