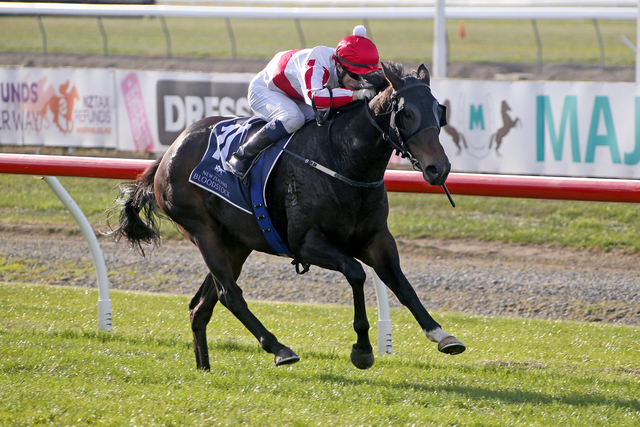 Pins was denied a stakes double at Riccarton on Saturday afternoon by the barest of margins. The WS stallion’s daughter No Pushover was a dominant winner of the Listed NZB Insurance Stakes and in the following event Seize The Moment was pipped by a nose in the Listed Easter Cup.
No Pushover, who is destined to continue her career across the Tasman, significantly boosted her future value with her black-type success. “It’s a really nice story and she was brought under a year ago at an NZB Sale for just $3000,” trainer Shaune Ritchie said.
He was asked by syndication company principal Kirk Devers, who operates under the KRD Racing & Thoroughbreds Racing banner, to have a look at the filly and Ritchie gave her a tick of approval. “She had a parrot mouth, but apart from that she was very correct and now she’s a stakes winner,” he said.
Ritchie said he would be advising Devers to send No Pushover to the Sydney stable of his brother Craig next season. “There’s limited prize-money here for four-year-olds.”
In the meantime, she may back up in next Saturday’s Listed Warstep Stakes at Riccarton. “There isn’t a lot left so we may as well roll the dice as long as she comes through this race well,” Ritchie said.
Back to all news
SHARE
Recent News