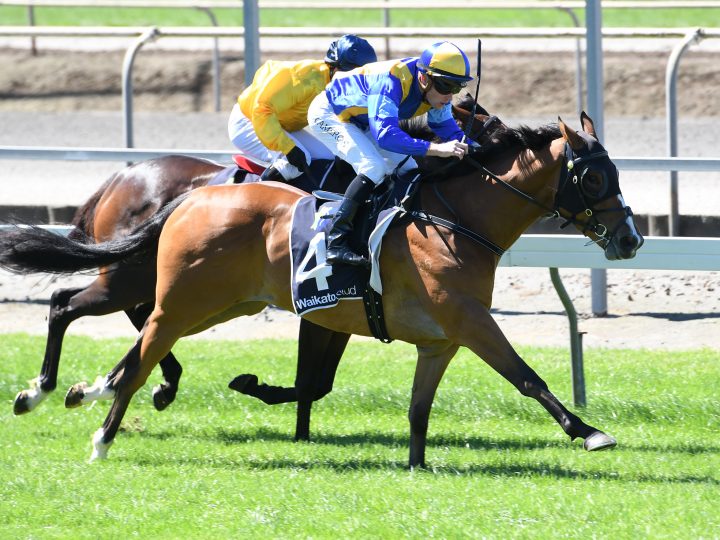 Genuine four-year-old Trudeau added to his tidy record in fine fashion at Avondale this afternoon. The Waikato Stud graduate won for the third time in his 15-start career and five further placings serve to emphasise his overall consistency.

Trained by Murray Baker and Andrew Forsman, he was given an economical run behind the pace by Matthew Cameron and they were too strong in the run home. “He’s been going good, honest races and he tries hard,” Forsman said. “It was a good ride from Matt, the horse got left in front a fair way out at his last start and he’s better chasing something.”

Trudeau is a son of Pins and the unraced Fast ‘n’ Famous mare Paris Carver and was an $80,000 Karaka purchase in 2015 for Baker. The gelding is from the family of the Group 1 New Zealand 2000 Guineas winner Embellish (Savabeel).