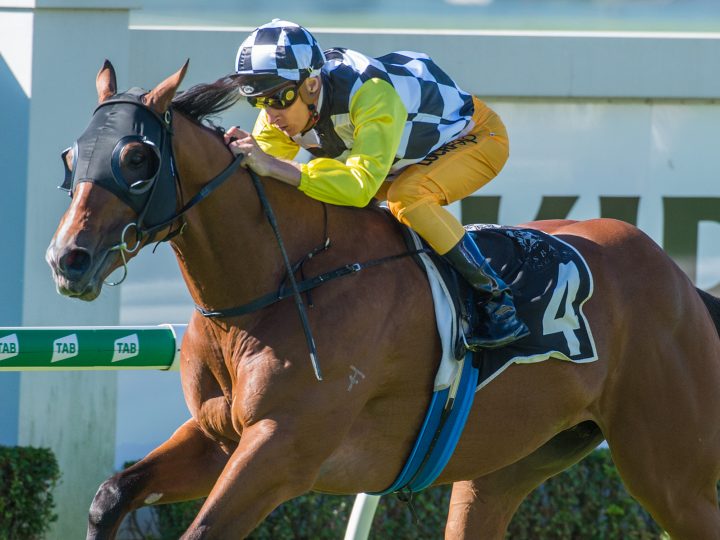 Trainer John Thompson won’t be swayed by Purple Sector’s win in today’s Gr.3 Rough Habit Plate at Doomben and will ease up on the three-year-old.

Although the talented son of Pins was clearly superior, he won’t be progressing toward the Gr.1 Queensland Derby.

“We wanted to spell him in Queensland so we picked out this race to aim at before he went out,” Thompson said.

“It worked out nicely. He had a good barrier, a good run throughout the race and I was confident from the jump.”

Ridden by Blake Shinn, Purple Sector enjoyed an economical run behind the pace and he took control on straightening and coasted clear.

Purple Sector was purchased by Duncan Ramage for NZ$60,000 out of Trelawney Stud’s at New Zealand Bloodstock’s National Yearling Sale at Karaka.

He is a son of Zabeel’s daughter Eden Valley, who is a sister to the Gr.1 Ansett Australia Stakes winner Hill Of Grace and the Gr.2 Autumn Classic winner Renewable.