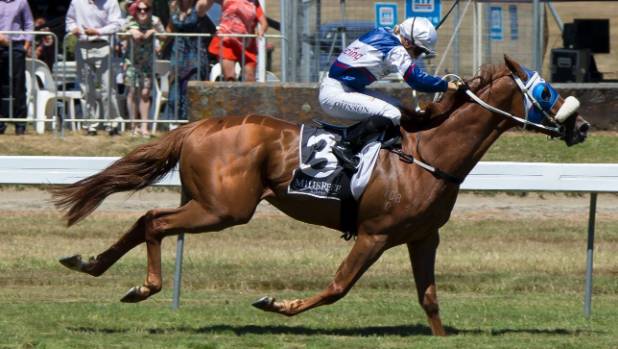 Seize The Moment has moved into contention for a Group One start with his latest success. The WS-bred and sold son of Pins was a brave winner at Te Rapa last weekend to boost his chances of a crack at the best milers in the country.
“He loves the big, left-handed tracks like Trentham and there’s the Anniversary there or the Thorndon Mile,” trainer Stephen Marsh said. “He keeps going from strength to strength, he’s a very progressive horse.”
The gelding has won two of his last three starts with an Ellerslie failure his only blemish. “If you take out his right-handed run he’s been pretty faultless,” Marsh said.
A $50,000 buy at Karaka in 2012, Seize The Moment is a son of the Masterclass mare Dancing Mistress. He is a half-brother to his stablemate and Savabeel’s stakes-winning son Savour The Moment.
Back to all news
SHARE
Recent News