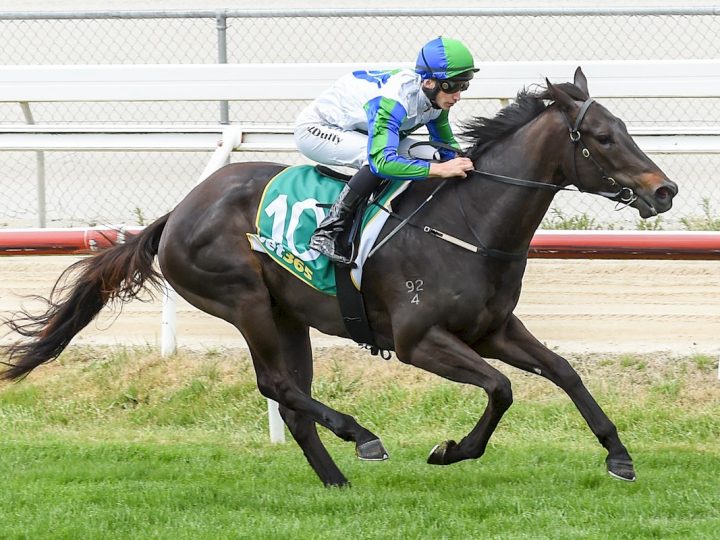 She's Popular (NZ) ridden by Jake Duffy wins the bet365 3YO Fillies Maiden Plate at Kilmore Racecourse on October 09, 2017 in Kilmore, Australia. (Brett Holburt/Racing Photos)
Waikato Stud’s familiar racing colours were carried to victory at Kilmore this afternoon by a regally-bred filly. She’s Popular made a perfect debut when she won at the first time of asking for David and Ben Hayes and Tom Dabernig.
The valuable three-year-old is a daughter of champion stallion Savabeel and the O’Reilly mare It Girl. The latter is a sister to the multiple Group One winner and now WS resident Sacred Falls. It is also the family of Gr.3 Thoroughbred Club Stakes winner Splashing Out.
She is, in turn, the mother of the Gr.2 Angus Armanasco Stakes winner Shopaholic and the Gr.3 Darley Plate winner Splurge.