Pretty to watch at Ellerslie 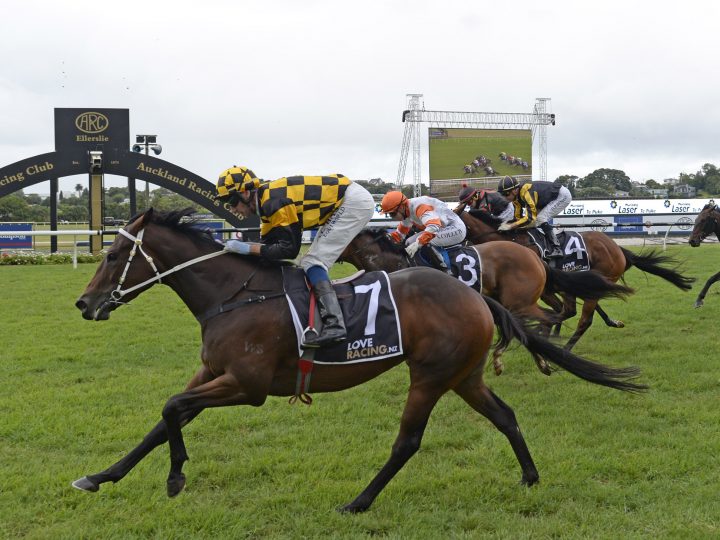 Pretty To Sea justified the confidence trainer Stephen Marsh had in the mare with a smart win at Ellerslie.

The Ocean Park mare resumed after a break and smartly paid her to Rating 82 rivals this afternoon.

She settled in fifth spot and once she was into the clear she rallied strongly for the third win of her career.

“Of our three runners today I thought she would be least affected by the track,” Marsh said.

“She’s galloped well on a wet track at home and I thought she’d be a really good chance.”

The mare is owned by Brendan and Jo Lindsay and was ridden by their contracted rider Leith Innes.

Bred by Waikato Stud, Pretty To Sea was a $150,000 Karaka purchase and is out of Pretty.

The dam is from the Group One family of Glamour Puss and Vision And Power.