Princess Kereru gets her Ellerslie Reward 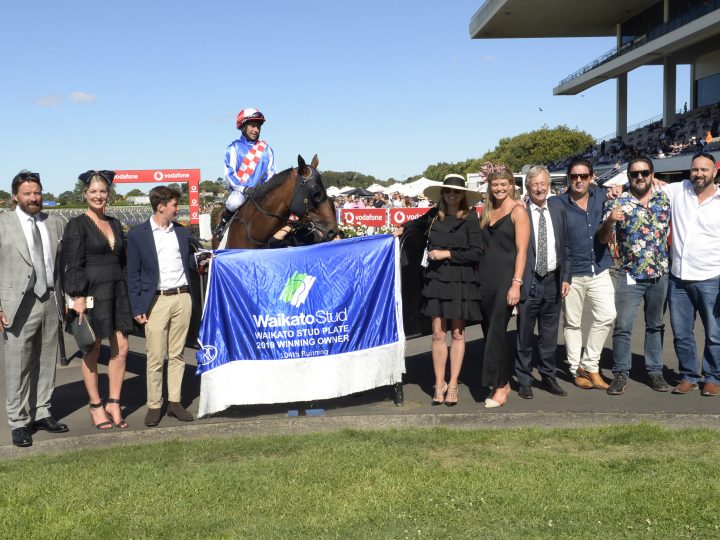 Matamata raider Princess Kereru gained a well-deserved reward when she snatched victory in a thrilling finish to the Gr.3 Waikato Stud Plate (1200m) at Ellerslie on Saturday.

The Ken & Bev Kelso and Mark Donoghue-trained mare had looked every inch the winner of the Gr.1 Sistema Railway (1200m) at Ellerslie on January 1 before succumbing to the late dive of Santa Monica that day.

The pair tangled again in the Gr.3 Concorde Handicap (1200m) at the same venue later that month with Santa Monica again finishing ahead of her rival when they placed fifth and seventh respectively.

On Saturday the rivalry was renewed once again in dramatic fashion with Princess Kereru coming out on top as she held out the late charge of outsider Ronchi by a nose with Santa Monica a head back in third as the trio fought it out over the final 150m.

Winning jockey Cameron Lammas wasn’t sure his charge had held on as the challengers came at him but was delighted when informed of the final result.

“She’s as tough as they come and a little warhorse,” he said.

“She’s pretty quiet really and a lovely ride who gives everything in her races.

“Normally she begins fair but today she jumped good and I got three-back on the fence.

“I went for a tight gap but she’s tough and puts her ears back and gives you everything.”

Co-trainer Ken Kelso was also quick to pay tribute to the spirit of the five-year-old who has now won six of her 23 career starts.

“Her form’s been great all year and she really deserved that as she hasn’t had a lot of luck in the big races.

“It is so important to get that winning black-type to go with that Group One placing.

“She is just the most adorable little horse you’ve ever come across.”

Kelso was delighted with the ride by Lammas who has been aboard for three of her six wins.

“That’s the way to ride her as she has to be held up and come with that final late sprint,” he said.

“I was a bit worried there as I thought Ronchi might have got us.

“We need to win a Group One now but that might be next year.”

Kelso will wait to see how Princess Kereru pulls up from her exertions before deciding on her next target although he is mindful of the mare’s place in the handicap after the victory as he doesn’t want to burden her with excessive weight in races run under handicap conditions. – NZ Racing Desk