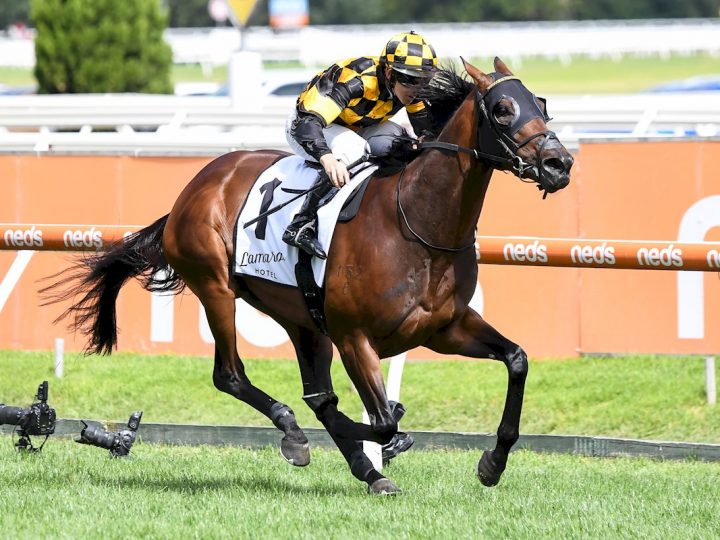 High-class Waikato Stud graduate Probabeel again emphasised her class with a commanding return to racing at Caulfield this afternoon.

The 4-year-old was making her first appearance for four months and overcame a number of factors against her to triumph with ease in the G3 Geoffrey Bellmaine S.

Probabeel was saddled with 60kg, the outside gate and a wide passage, but she took them all in her elegant stride to win with ease.

“Her trial was only fair without the blinkers, but Jamie assured me she can do that,” rider Damian Lane said.

“I wanted to ride her quietly and let her hit the line, but it was doing more harm than good so I let her stride and she was far too good.”

It was Probabeel’s first appearance since he finished a creditable seventh in the G1 Cox Plate, which ended a lucrative spring campaign that saw her win the G3 Bill Ritchie before claiming top honours in the G1 Epsom Handicap.

Probabeel will make her next appearance in the G1 Futurity Stakes and then on to her grand final in The All-Star Mile.

She is a daughter of the Pins mare Far Fetched, who won three races and placed in the G3 Lowland S. It is the family of the Group winners Legless Veuve and Tootsie, dam of the multiple G2 winner Ocean Emperor.