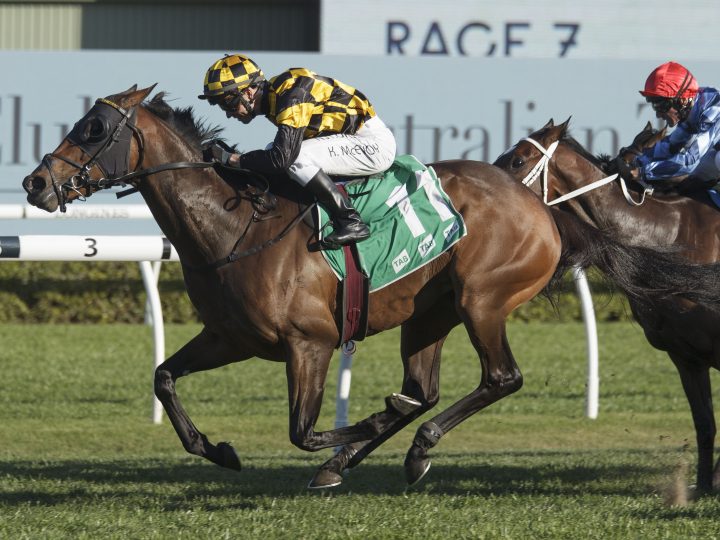 Waikato Stud-bred mare Probabeel further emphasised her star qualities with a stunning victory this afternoon in the G1 Epsom Handicap at Randwick.

The outstanding daughter of Savabeel powered down the middle of the track to win the time-honoured mile and the eighth win of her distinguished career,

“Probabeel has had a wonderful preparation and nothing to worry about and that’s the difference between winning and getting beaten,” trainer Jamie Richards said.

“So much planning and thought went into getting her into the race with the right weight, very much like the old school trainers used to do. Just like Colin Jillings, Dave O’Sullivan and Jim Gibbs, the true legends of New Zealand racing.”

Successful in last season’s G1 Surround S. at Randwick, Probabeel had won G3 Bill Ritchie in her previous appearance to emphasise her readiness for the Epsom.

“She loves this track and she loves the mile. The team has done a great job with handling her and with Melody Belle winning the Group 1 at home it’s been a great day,” said Richards’ Sydney representative Craig Thornton, a former top-class jumps jockey.

“She’s had a trouble-free run and she’s just a gorgeous mare and a pleasure to do anything with. We’ll see how she comes through this, but they may look at Melbourne now.”

The G1 Cox Plate may now be a target for the valuable mare, who has won more than A$2.3 million.

Probabeel had a wide barrier to deal with in the Epsom, but with a gun ride from Kerrin McEvoy she proved too good.

“She’s been pleasing us all the way through the preparation. She flew the lids and we were a bit closer than I initially thought we’d be. We had partial cover for most of the race and got snaffled out of a spot when we bunched up at the 1000 metres,” McEvoy said.

“She showed her true grit there, she really picked up well for me, and I knew that if I could just have a conservative run through the first part she was going to be really strong for me with no weight on her back and that is exactly what she was able to do.

“I thought straight away at the top of the lane that I had Bossy’s (Glen Boss) measure on Funstar.”

A $380,000 Karaka purchase, Probabeel is a daughter of the Pins mare Far Fetched, who is a three-quarter sister to the G2 Thousand Guineas Prelude winner Legless Veuve and the G3 Mannerism S. winner Tootise, dam of the three-time Group 2 winner Ocean Emperor.