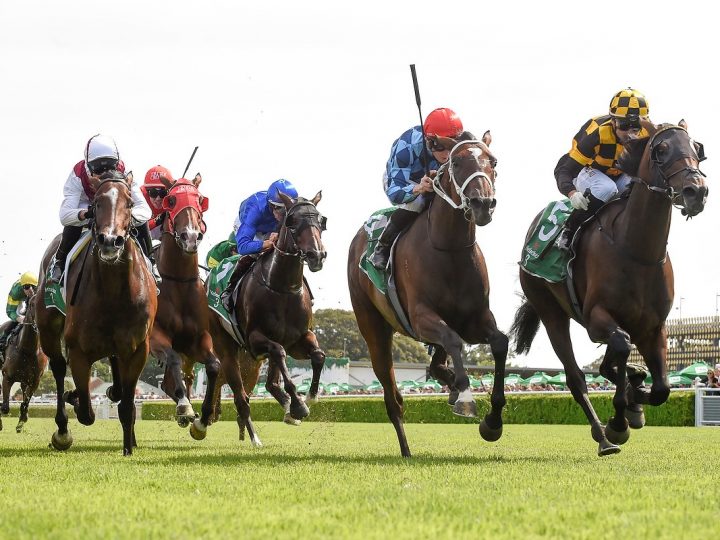 Waikato Stud-bred and sold filly Probabeel has exacted revenge on Funstar to claim her maiden Group One win in the Surround Stakes at Randwick.

Funstar had Probabeel’s measure in two Sydney spring starts, but punters ignored the pair, with Flit starting favourite in Saturday’s feature for fillies.

But all honours were all with Savabeel’s daughter Probabeel, who won the first top-flight test of the Sydney autumn.

“I thought we were in a spot of bother on the corner, she was under the pump, but to her credit she really found the line well and she’s a very exciting filly,” trainer Jamie Richards said.

“I knew she had to be somewhere near her absolute best in a good-quality race like this, but full credit to the team at home for sending her over in such good order.

“She’s going to improve a bit further again as soon as we get up in trip. She’ll go to the Phar Lap then into the Vinery. She’s got a Group One now.”

Probabeel’s jockey Opie Bosson also admitted he had a couple of concerns mid-race.

“I just got myself into a little bit of a pocket and hit a bit of a flat spot,” he said.

“I’m just lucky enough that this filly was good enough to get me out of it.

“Otherwise I didn’t want to be coming back in that’s for sure. Just turning in she lost it until we straightened up.

“All credit to Jamie. He does an amazing job with his horses and it’s good to get a Group One winner here in Australia for connections.”

Probabeel was a $380,000 purchase at Karaka and is the only foal to have raced for Far Fetched, a Pins mare who was successful three times and was third in the Gr.3 Lowland Stakes.

She is a sister to the Gr.2 Thousand Guineas Prelude winner Legless Veuve and the Gr.3 Mannerism Stakes winner Tootsie.

She is the dam of the multiple Group 2 winner and Ocean Emperor.

It is also the family of the two-time Group One winner Savvy Coup.