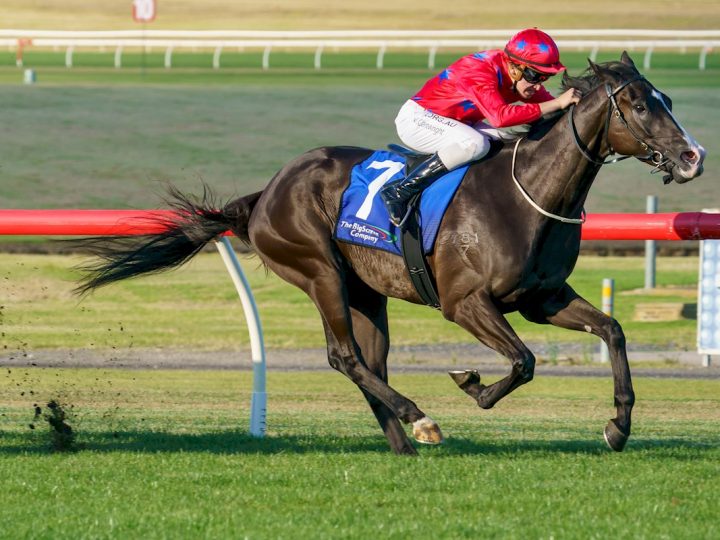 South Parade is putting together a tidy form line under the guidance of trainer John Sadler.

The 3-year-old son of Sacred Falls has been taken along quietly and from a handful of starts placed three consecutive times before he led all the way at Bendigo earlier this month effortlessly break his maiden.

The Waikato Stud graduate then went to Ladbrokes Park yesterday and again gave another strong front-running performance to account for his older rivals over 1300 metres.

South Parade was purchased at Karaka by Sadler and Suman Hedge Bloodstock for $130,000 and is a son of the unraced Savabeel mare Celebrate, who has a 100 per cent record at stud with all four of her foals to race winners.

They include Pinzu, who was successful on nine occasions, including the Listed Carbine Club S. of WA.

Celebrate is a half-sister to the Listed Lightning H. winner Keano and to the dam of the unbeaten Listed Mitchell McKenzie S. winner Ocean Beyond.

It is the celebrated family of Waikato Stud’s late champion sire O’Reilly and the G1 winners Madison County and Critic.