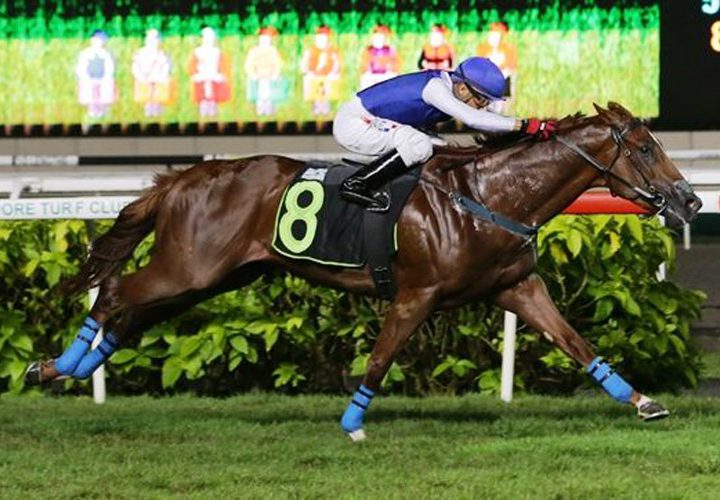 The chestnut has compiled a tidy record with three wins and three placings from nine appearances.

The son of Ocean Park’s latest success at Kranji was posted with a minimum of effort over 1100 metres.

Raced by the Al Arabiya Stable, Raheeb was a $135,000 graduate of the New Zealand Bloodstock Ready to Run Sale in 2016.

He is a half-brother to the former champion Singapore two and three-year-old Mexican Rose.

Another sibling Latin Rose was a multiple winner and Group Three placegetter.

They are out of the unraced Gone West mare Down View, who has produced an impressive nine winners.

The family has an international flavour and includes the Gr.1 Arlington Million winner Mill Native.