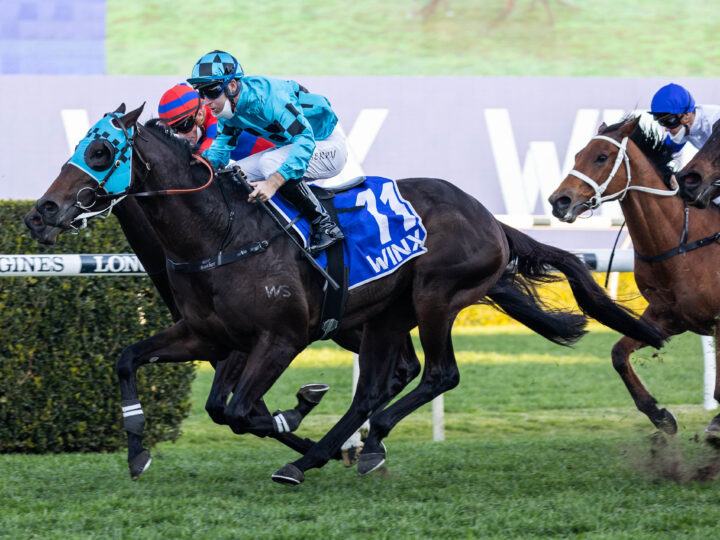 Mo’unga set up a stunning day at Randwick for Waikato Stud this afternoon with his victory in the G1 Winx S. which was topped off by a winning Australian debut from fellow farm graduate Atishu.

Savabeel’s top-class son Mo’unga took on a hot field in his 4-year-old debut and delivered in style with his defeat of the high-class mare Verry Elleegant to put all spring feature options on the table.

“There is the Epsom and in the back of my mind his grand final is going to be the Cox Plate or the Golden Eagle,” trainer Annabel Neasham said.

“He’s improved a lot from three to four and I was really confident when I looked at him in the parade ring.

“I thought he looked quite fit and a massive well done to the team because obviously we’ve done it a bit tough out at Warwick Farm.

“I’m a bit emotional, I thought he looked the winner a long, long way out when he came up outside of Verry Elleegant and I knew he would be in for a tough battle as she’s such a fighter as well.”

Mo’unga settled toward the back of the field and away from the fence and when rider Tommy Berry asked him to lengthen stride he cut loose to post his fifth win from 10 appearances.

Mo’unga was a $325,000 New Zealand Bloodstock National Yearling Sale purchase out of Waikato Stud’s draft for Aquis. He is a son of the winning O’Reilly (NZ) mare Chandelier (NZ) and the family of the G1 Auckland Cup winner Chenille (NZ) (Pentire {GB}).

Atishu was a $260,000 Karaka buy for Go Racing and the daughter of Savabeel won twice at Listed level for trainer Stephen Marsh before she relocated to Chris Waller’s stable.

The 4-year-old made her first appearance for the champion Sydney horseman in the closing event at Randwick and comfortably put away her Rating 88 rivals.

“She came over in extremely good condition from Stephen and she’s got a really bright future,” Waller said.

Atishu is a daughter of the No Excuse Needed mare Posy who is a half-sister to the Chittick family’s multiple Group 1 winner Daffodil.