Relucent ready to raise the bar 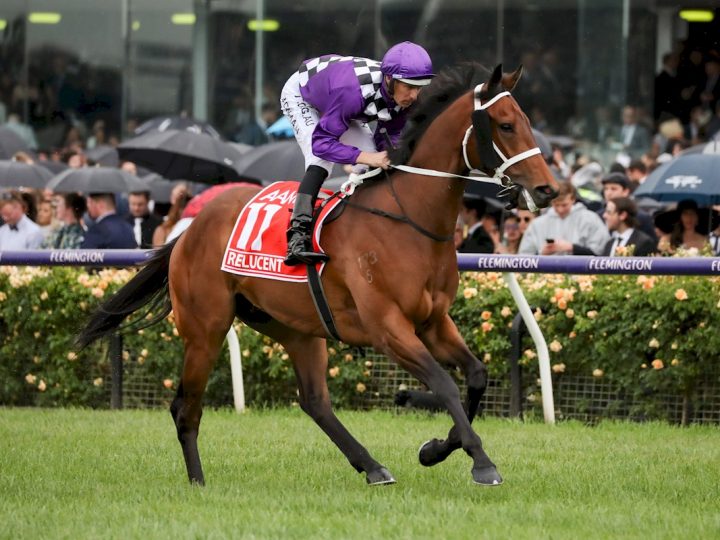 With a confidence-boosting midweek victory achieved in good style, the Chris Waller-trained Relucent has been tipped to make his mark in better company.

The Waikato Stud-bred and sold son of Savabeel capped off two recent placings with victory over 1900 metres at Canterbury this afternoon.

Rider Hugh Bowman had Relucent travelling comfortably in the trail and then shouldered into the clear on straightening. The 4-year-old finished off strongly to reel in his major rivals in the closing 100 metres.

“He’s a horse with plenty of upside and he can go to Saturday grade,” Waller’s Racing Manager Charlie Duckworth said. “He was well ridden and executed nicely.

“His coat isn’t perfect yet and he’ll come on enormously now and he’ll be even better on a bigger track.”

Stakes placed in last season’s Listed Geelong Classic, Relucent was purchased out of Waikato Stud’s draft at Karaka for $300,000 by the Kaha Syndicate and bloodstock agent Guy Mulcaster.

Relucent is a son of the unraced Pins mare Bright, a half-sister to the Group 1 winners Diademe and Embellish. It is also the family of the former champion sprinter and two-time Group 1 winner Sacred Star.