Royal Stakes next target for Anevay 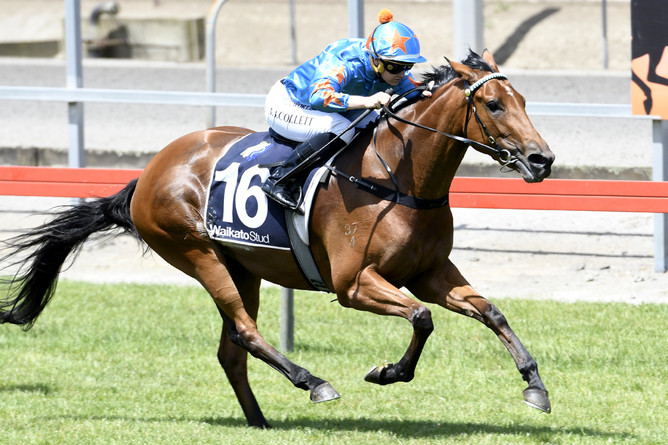 Local trainer Glenn Old drew first blood at Matamata’s twilight meeting on Wednesday when his runner Anevay scored her maiden victory in the Matamata Veterinary Services (1600m).
Ridden by Alysha Collett, the Ocean Park three-year-old filly jumped well before settling fifth on the rail. Collett pulled her wide on the home turn and ran clear to win comfortably by one and three-quarter lengths over Shockool, with Havoc a further head back in third.
Anevay impressed Old with her run and she will now be set for the Gr.2 Stella Artois Royal Stakes (2000m) at Ellerslie on New Year’s day.
“We were pretty confident heading into the race, she hadn’t had much luck in her previous runs,” Old said.
“We were pretty happy with her all the way through, we were quite confident she had something there.
“She looks pretty progressive. We are going to look at the Royal Stakes on January 1, that will be our grand final for now.”