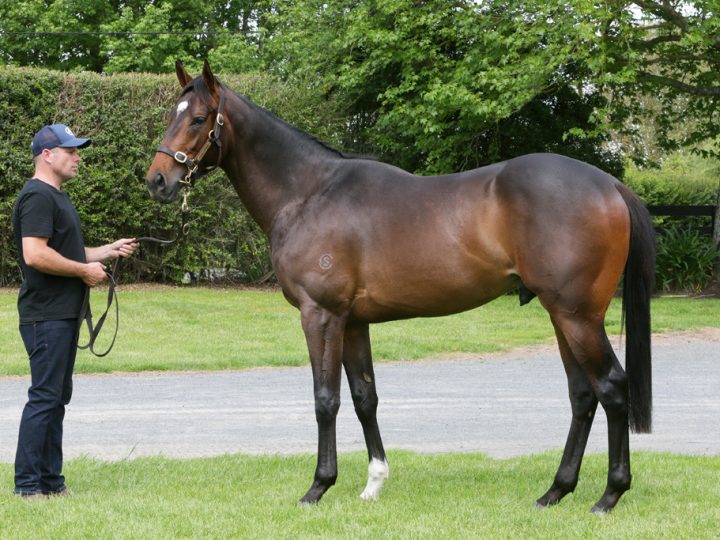 The colt sold for $525,000 after Cambridge horseman Finbarr Leahy had purchased him 10 months ago out of breeder Cambridge Stud’s yearling draft for $80,000 and re-offered him through Riversley Park’s consignment.

“It’s unbelievable and I never thought he would get that,” Leahy said. “I knew he was popular and the bidding was creeping up and I thought where is this going? It was just fantastic and it’s going to take a while to sink in, it’s life-changing.

“I had hoped he might get $300,000 as he was in and out of his box an awful lot. I knew lots of people were on him in the ring and then I just didn’t know where it was going to end.

“It’s a big thanks to Riversley Park, they do a great job and are a great team and it all adds up, that’s why they always do well at these sales.”

A half-brother to the Listed Castletown S. winner Stella Di Paco, the son of Sacred Falls is out of Savabeel Star and she is a half-sister to the G3 Hawke’s Bay Guineas winner Stardane.

“He was bought for a very private client from Hong Kong. Sacred Falls is flying and it’s a shame that he’s passed, they are nice, athletic horses,” said Richardson.

“I’m absolutely chuffed for New Zealand Bloodstock and the vendors. I love buying horses at this Sale and have done for years and had a lot of luck. There’s always a horse here for everyone.”