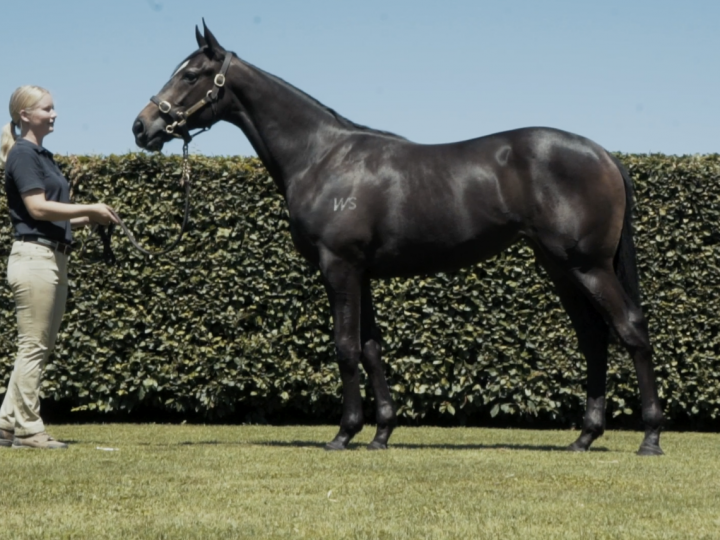 Zee Falls as a yearling

Zee Falls picked a timely moment to shed her maiden tag when she downed six individual winners in the G3 Wellington Stakes at Otaki this afternoon.

Trained by Stephen Marsh, the Waikato Stud-bred and sold daughter of the late Sacred Falls had placed at her two previous starts and produced a well-timed finish to score in the hands of Lisa Allpress.

The filly, who will target the G1 New Zealand Oaks, also showed her versatility as she coped admirably with the first heavy track she has struck in her brief career.

“She still doesn’t know what it is all about and she had her ears pricked and was really green to the line once she got to the front,” Marsh said. “She is only going to keep on improving, that’s for sure.

“This filly will have a break now and will be solely set for the Oaks. She has got her black type now.  A filly like her, once she gets up over 200 metres plus is when you are going to see a better horse again.

Zee Falls was purchased out of Waikato Stud’s draft at New Zealand Bloodstock’s National Yearling Sale for $130,000 and is the first winner produced by Zelitist, who was successful on two occasions up to 2250 metres.

The dam is a daughter of Zabeel and a half-sister to the G1 Diamond Stakes winner and multiple top-flight placegetter Warhorse and to the black type performer Epona Princess.

They are out of the unraced Giant’s Causeway mare Rathlin’s Island and she is a half-sister to the two-time Group 2 winner California Dane.