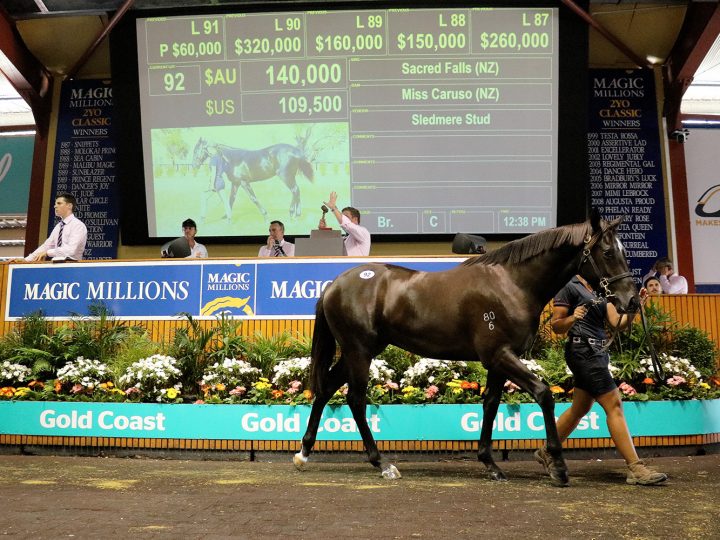 WS have been delighted with the rousing reception of a pair of Sacred Falls youngsters received in Australia.

First through the ring was a colt who was knocked down for A$140,000 to the joint bid of Cumani Racing, AUS and Boomer Bloodstock International. He is out of Miss Caruso, a Pins mare who won five races.

Her only foal to race is Slam Bam, a daughter of the late O’Reilly who has won twice. They are from the family of the home-bred Kinjite (Centaine), who was successful three times at Group One level.

WS’s Sacred Falls filly caught the eye of leading trainer Phillip Stokes Racing, who went to A$120,000 to secure her. She is a half-sister to two winners, their mother being the Savabeel mare Promenade with the dual Group One winner Legs (Pins) a highlight on the pedigree page.

WS will be offering 21 yearlings by the hugely popular Sacred Falls during the Book 1 Sale that opens at Karaka later this month.

A huge thank you to those who supported us and shopped from the WS offerings.