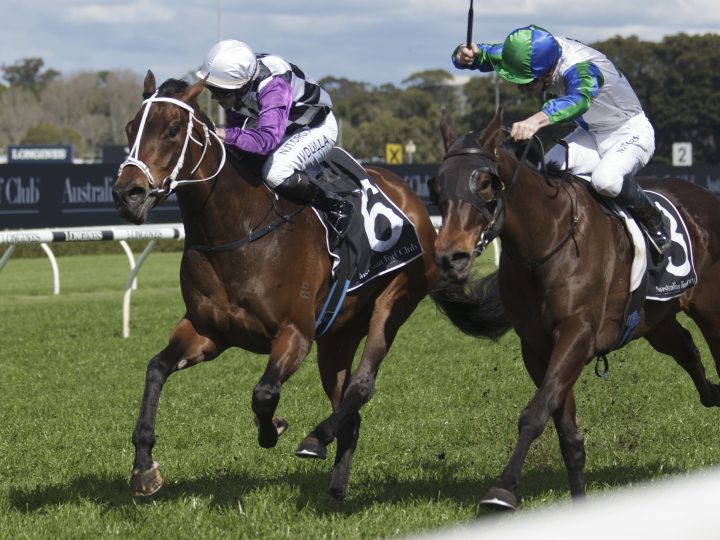 All Saints’ Eve added to her burgeoning record with a smart first-up victory at Randwick that also served to highlight her versatility.

The lightly-raced Sacred Falls 4-year-old had won two previous races on top of the ground and today coped admirably with her first test on a heavily rain-affected track.

All Saints’ Eve settled third for rider James McDonald before she was angled into the clear at the top of the straight and finished determinedly down the outside to start her campaign off in positive style.

“I’ve been very, very happy with her and she’s given every indication that she has made significant improvement and should be in for a nice spring,” trainer John O’Shea said. “I think her optimum trip will be a mile.”

Placed in the G3 Kembla Grange Classic in the autumn, All Saints’ Eve is raced by breeders Waikato Stud and Rosemont Stud with O’Shea’s wife Isabelle.

The mare is a half-sister to the G1 New Zealand 1000 Guineas winner Hasahalo with their dam the Encosta De Lago mare Halloween. It is also the family of the Group-winning Savabeel brothers Savvy Nature and Addictive Nature.