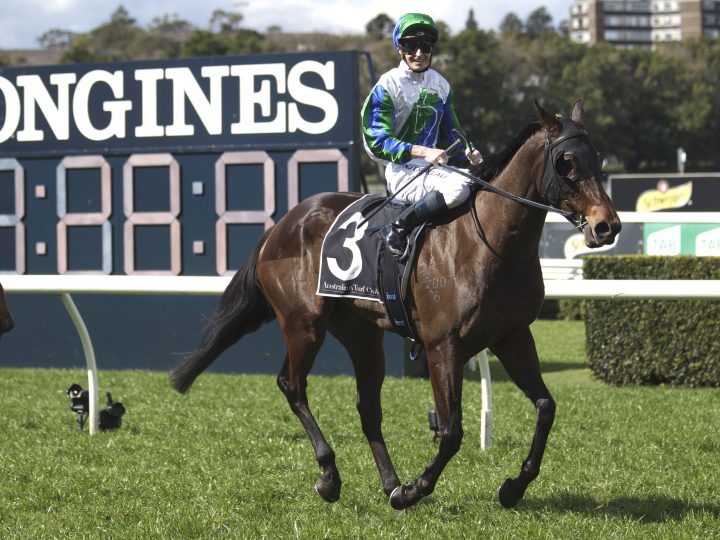 Trainer John O’Shea has a long-term Group 1 goal for the progressive mare All Saint’s Eve.

The daughter of Sacred Falls took another significant step toward that target this afternoon when she triumphed in the G3 Tibbie Stakes at Newcastle.

“We were keen to get her up in the ratings this season so we could get a nice weight for the G1 Coolmore Stud Classic in the autumn. We’ll see where the handicapper sees her after this and maybe give her one more before a break,” O’Shea said.

“She’s a delight to train and an honour to train for Waikato Stud and Rosemont Stud and always special when James rides them. She got held up a bit at the top of the rise, but she dashed when she got through.

“She’s has been going so very well this preparation and the team at home have done a wonderful job with her and put a lot of time into her to get her ticking over, it’s a lovely reward.”

All Saint’s Eve settled in behind the speed on the rails and rider James McDonald was able to come across heels to see daylight 200 metres from home and the mare showed a sharp turn of foot to dash to victory.

Bred and raced by Waikato Stud and Rosemont Stud, All Saint’s Eve is a half-sister to the G1 New Zealand 1000 Guineas winner Hasahalo.

Their dam Halloween was an $11,000 buy at the New Zealand Bloodstock National Broodmare Sale for Waikato Stud.

She is a daughter of the dual stakes winner La Lagune, who was also runner-up in the G1 Blue Diamond Stakes and the family of the Group 3-winning Savabeel brothers Savvy Nature and Addictive Nature.