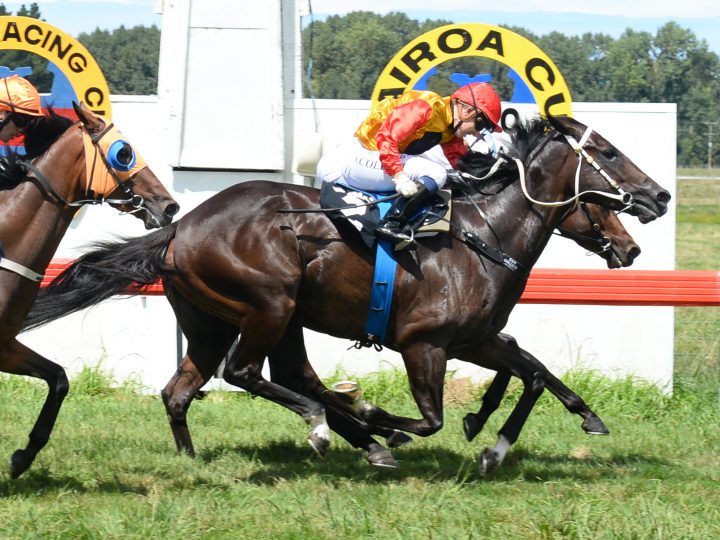 San Siro had no luck in his first outing at Wairoa, but he capitalised on better fortune on the second day of the meeting on Sunday.

The Ocean Park four-year-old had finished sixth last Thursday after being caught three wide without cover.

A better draw at the weekend allowed rider Sam Collett to have the gelding travelling comfortably outside of the leader.

San Siro strode to the front before the turn and, after shooting clear, had enough in reserve for the first win of his fledgling career.

He is a son of the stakes performer Our Shakira, a half-sister to the Group Three winner and Group One performer Zonza.