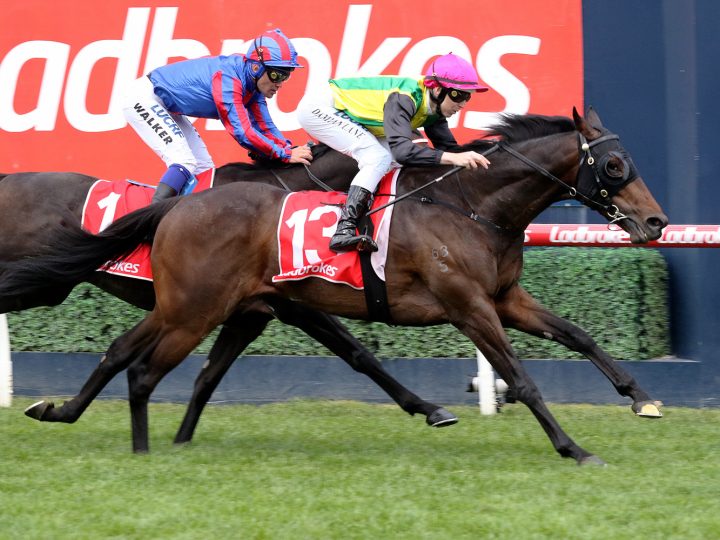 Savabeel’s son The Chosen One has boosted his Gr.1 Caulfield Cup prospects with a strong return to winning form.

The gifted four-year-old was third-up into Saturday’s Gr.2 Herbert Power Stakes and triumphed with authority.

“I think the most pleasing part of Saturday’s race was the way he attacked the line and was strong at the finish,” co-trainer Murray Baker said.

“He proved that he gets the 2400m well and that was a very good horse (Prince Of Arran) that he beat.

“We will monitor him over the next few days, but there is no reason why he can’t take his place in the Cup next weekend and with his lightweight (52kgs) he looks to have a good chance.

“We’ve booked Stephen Baster for the ride and he has done well for us before, including a win on Jon Snow in the JRA Cup.”

The Chosen One is a son of the multiple winner and Group performer The Glitzy One.

His second dam is the dual Group One winner The Jewel and a family to have served brothers and breeders Joe, Martin, Ray and Tony Dennis so well for decades.