Savabeel 4YO makes an impression 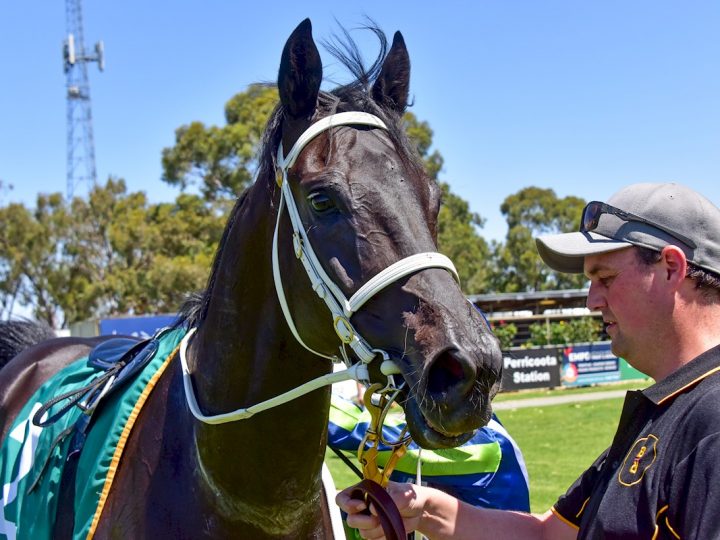 Axecapital posted the first winning strike of his brief career when successful at Echuca for trainers Trent Busuttin and Natalie Young.

The Waikato Stud-bred 4-year-old showed the benefit of a middle distance run under his belt at his previous appearance to open his account in the hands of Daniel Moor.

“He’s a really nice Savabeel horse. We rode him off the pace over the 2000 metres and as soon as he was out into the open I was confident,” stable representative Trent Murphy said.

Busuttin signed for Axecapital at $160,000 when he was offered by the Matamata farm at New Zealand Bloodstock’s National Yearling Sale.

He is a son of the winning O’Reilly mare Kashmir and is a half-sister to the G1 Avondale Cup winner Sharvasti, the G3 Hawke’s Bay Guineas winner Shastri and to Bhandara, who won the G3 King’s Plate and the G3 Cuddle Stakes.

They are out of the stakes winner and Group 1 performer Vedodara and she is a half-sister to Balmacara, who was successful in the G2 NZ Thoroughbred Breeders’ Stakes and finished runner-up in the G1 Easter Handicap.