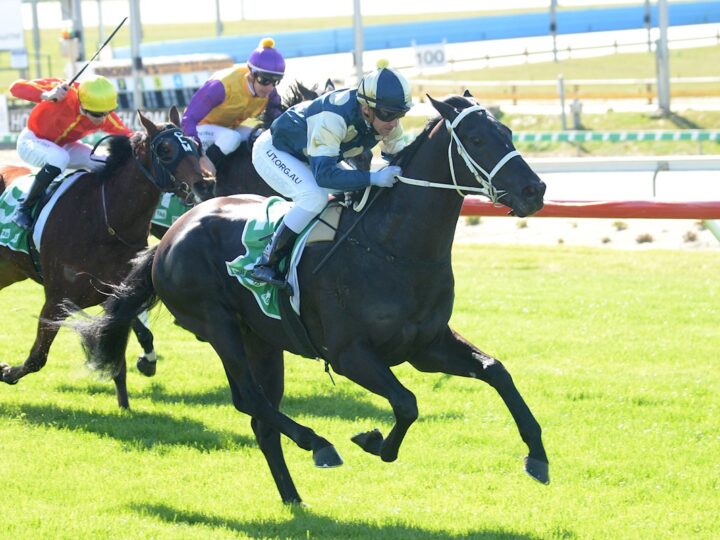 Footlights made an impressive impact when trainers Trent Busuttin and Natalie Young took the covers off the Savabeel colt at Cranbourne this afternoon.

The Waikato Stud graduate made his debut over 1400 metres and was brought with a perfectly-timed run from midfield by rider Luke Currie to enable the three-year-old to make the perfect start to his career.

Footlights was sold by the Matamata farm for $220,000 at New Zealand Bloodstock’s National Yearling Sale to Jamie Beatson’s Ohukia Lodge, who subsequently offered him at the Ready to Run Sale with Busuttin and Young having the final say at $400,000.

A brother to three winners, Footlights is out of the unraced Pins mare On Broadway who is a sister to the multiple winners and black-type performers Pins On Parade and Dower.

The latter is the dam of the three-time Listed winner and G1 VRC Oaks runner-up Dowager Queen with Swick, successful in an edition of the G1 Patinack Classic and the extended family of the G1 Western Australian Oaks Cologne.