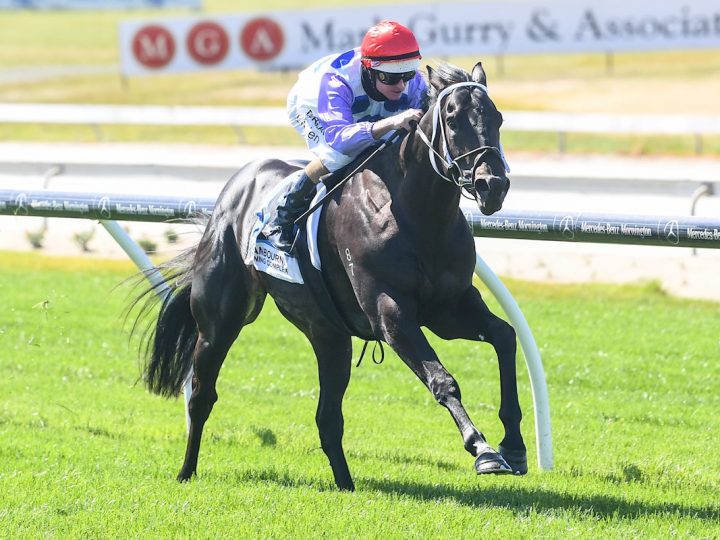 Stokes confirmed the G1 Caulfield Guineas was on the Savabeel 3-year-old’s program following a runaway maiden success at Cranbourne on Sunday.

Savannah Cloud was returning from a break and, after racing three wide in midfield, rider Luke Nolen let him have his head at the top of the straight and they bolted clear to win by a widening 5.5l.

“I was very happy with the way he relaxed and he put paid to them pretty easily. He’s an exciting horse.”

Savannah Cloud was a $140,000 New Zealand Bloodstock’s National Yearling Sale purchase for Dalziel Bloodstock and Peter Moody and is a son of the O’Reilly mare Annie Higgins.

She won six races, including two at Group 3 level and was a multiple Group 2 placegetter. She is a grand-daughter of Tri Belle, successful in four Group 2 events.

Savannah Cloud showed he had inherited a good degree of the family ability with placings at both of his 2-year-old starts. He was third at Caulfield on debut behind multiple winner Saltpeter and was then runner-up to two-time winner Sense Of Honour at Flemington.