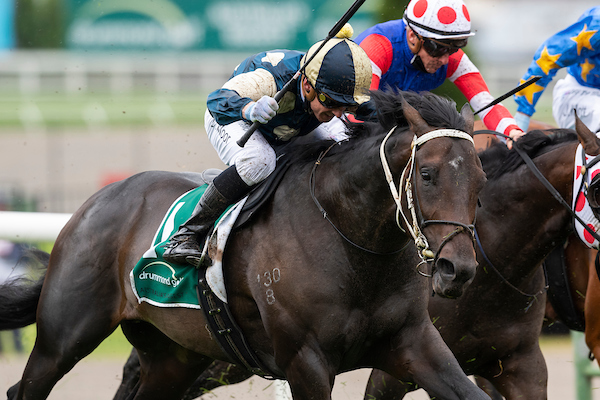 Forgot You maintained his unbeaten record at Moonee Valley when he produced a typically resolute finish this afternoon to land the thick end of the stake in the G2 Drummond Golf Vase.

The Waikato Stud-bred and sold colt was twice successful on the course last month, including a victory in the G2 Stutt S., and now looms as a major hope for next Saturday’s G1 VRC Derby.

Forgot You, who came from a long way back for sixth in the G1 Caulfield Guineas over a mile, enjoyed the step up to 2040 metres and settled well toward the back of the field under rider Daniel Moor.

The in-form jockey made his move 700 metres from home and the gifted son of Savabeel produced an irresistible finish.

“We’ve got a share in Forgot You So I’m glad he got the bob in,” said Natalie Young, who prepares the 3-year-old with Trent Busuttin. “He always leaves us with our hearts in our mouths and it’s good to have a live Derby chance.”

Forgot You, who still holds a nomination for the G1 Melbourne Cup, was an AU$330,000 Inglis Ready to Race Sale purchase where he was offered on Waikato Stud’s behalf by Ohukia Lodge. He is out of the O’Reilly mare Simply You, a daughter of two-time Group 1 winner Glamour Puss.

Regular rider Daniel Moor said the colt hit his usual flat spot near the turn, but he didn’t believe the result was ever in doubt.

“I was always confident when he was into the clear and I had a good lure to chase, he was strong through the line.”