Savabeel filly delivers firsts all round 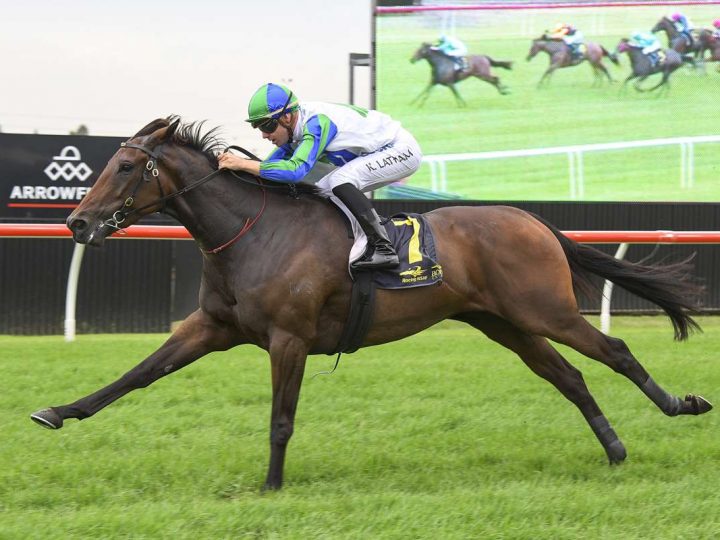 On The White Turf’s breakthrough success held particular significance for one member of her large support crew.

The filly is raced by a big syndicate and for Dave Stanley it was his first win as an owner.

The daughter of Savabeel is trained by Richard Freedman and holds a nomination for the Gr.1 Australian Oaks.

Her maiden victory over 1400 metres was a deserved one as she had placed in four of her previous five appearances.

Bred by Waikato Stud, On The White Turf is out of the Pins mare Pins On Ice, who won on three occasions.

All four of her foals to race have now been successful and includes On The White Turf’s brother Schopenhauer, a $450,000 Karaka yearling.

Their dam is a sister to the Gr.2 Avondale Guineas and Gr.3 Taranaki 2YO Classic winner Icepin.

It is also the family of the multiple Group One winner and sire Kinjite.