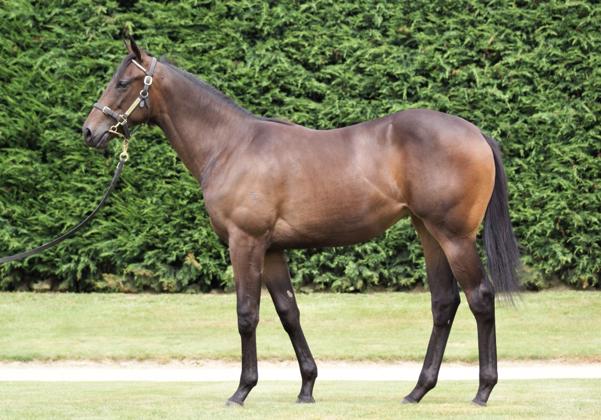 Whimsical as a yearling

Savabeel’s daughter Whimsical has made an immediate impact in the race for the prestigious New Zealand Filly of the Year title with success in her first appearance in the series.

The strapping daughter of Waikato Stud’s champion resident relished the step up to 1600 metres in Saturday’s G3 Eulogy Stakes at Awapuni to win the fourth event in the New Zealand Bloodstock-sponsored series and jump to equal third in the points table.

Whimsical had broken her maiden over 1400 metres at her previous start and the Stephen Marsh-trained filly will now chase two more Filly of the Year contests ahead of a planned trip across the Tasman.

She will run in the G1 Levin Classic and the G3 Lowland Stakes before the G1 New Zealand Oaks and the G1 Australian Oaks.

“She’s a filly with a lot of potential who has just got better and better,” Marsh’s stable representative Todd Pollard said. “She showed plenty when she had her first trial at Ellerslie back in July and has just kept going up a level at each outing.

“She is probably the biggest 3-year-old filly we have in the stable and just looks like a stayer in the making.”

She is the 10th Savabeel filly raced by Petagna under his JMP Bloodstock banner to earn black type with the star of the show the multiple Group 1 winner Lucia Valentina.