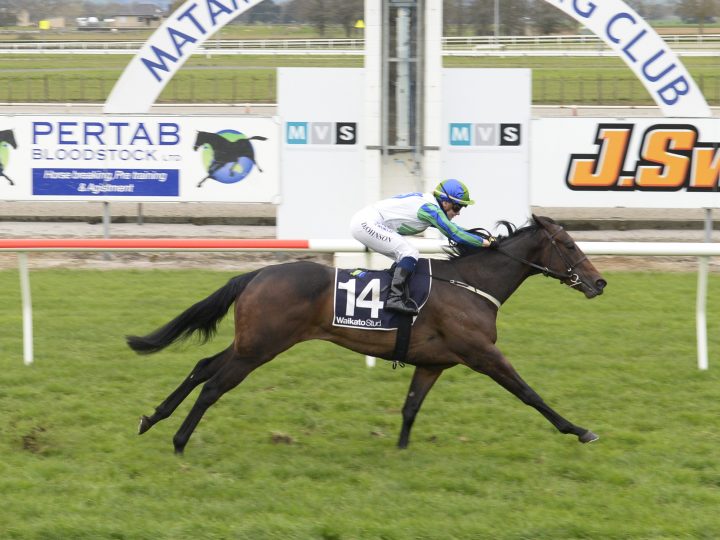 Cornflower Blue moved into third favouritism for next month’s G1 New Zealand 1000 Guineas with further success at Ashburton this afternoon.

The Waikato Stud-bred and raced filly collected a first black type victory when she won the G3 Barneswood Farm Stakes in the hands of Danielle Johnson for trainer Jamie Richards.

The exciting daughter of Savabeel was a dynamic maiden winner three runs back before she finished fourth in the Listed Canterbury Belle Stakes at Riccarton where she felt the Good3 track.

The Dead4 surface today was much more to Cornflower Blue’s liking and her performance has earned her an $8 quote for the Guineas.

“Jamie and the team, his father Paul, have done an incredible job with her after she felt the ground in the Canterbury Belle Stakes.

“We’re looking forward to her contesting the 1000 Guineas, if she goes the right way, but we’d like to see a touch more give in the ground if possible.”

Cornflower Blue  is out of the winning O’Reilly mare Tiffany Yellow, who is a sister to the G3 Concorde Handicap winner Mosse.

They are out of Golden Sparkle, a full-sibling to the former New Zealand Broodmare of the Year Parfore, who has produced the Group 1 winners Tiger Tees and Terravista, the multiple Group 2 winner Ball Of Muscle and the former Singapore Horse of the Year Super Easy.