Savabeel mare makes another big splash on the Gold Coast 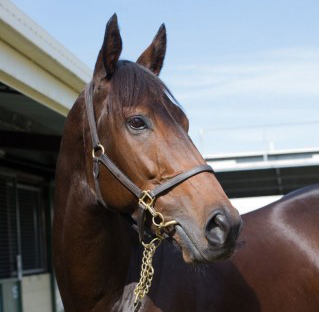 Waikato Stud-bred Savabeel mare Diademe has proved to be a jewel both on and off the racetrack.

She was initially sold at Karaka in 2010 to Scott Richardson for $50,000 and subsequently earned Group One honours.

The daughter of the O’Reilly mare Bling achieved top-level billing when she claimed the New Zealand Thoroughbred Breeders’ Stakes.

She also won at Group Two and Group Three level for trainers Murray Baker and Andrew Forsman and is a full sister to last years Gr.1 2000 Guineas winner Embellish.

Diademe was later sold for A$740,000 at the Gold Coast to the China Horse Club and Coolmore.

Her first foal, a son by Fastnet Rock, realised $1 million at Karaka earlier this year and Diademe was under the again hammer today.

Back to the Gold Coast for the Magic Millions National Broodmare Sale, she was knocked down for A$1.7 million.

This time around, Diademe was offered by Coolmore and the China Horse Club had the final bid.

She was sold with a positive test to the vendor’s Gr.1 Golden Slipper Stakes winner Vancouver.