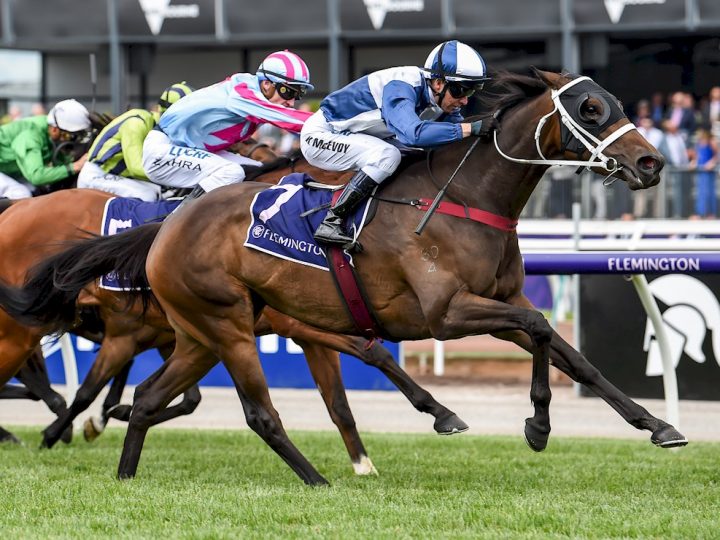 Talented mare Savacool shone on the big stage at Flemington with success there on Oaks day.

The Waikato Stud graduate powered home from the back of the field for the fifth win of her light career.

Trained by Chris Waller, she was ridden by the Gr.1 Melbourne Cup-winning jockey Kerrin McEvoy.

“You pick out a few that can fly the flag here and she’s done that,” Waller said.

“She got a bit further back that I had hoped for, but Kerrin was cool.

“She got the job done and we’ll continue to take her through her grades.”

McEvoy said he hadn’t intended to be so far off the pace, but Savacool was still too good.

“They weren’t going that quickly, but full credit to the mare.

“When I got her out she picked up well and has done a very good job.”

Savacool was purchased by Waller for $220,000 from Waikato Stud’s NZB Karaka Yearling draft in 2016.

Bred by Gary Wallace and Waikato Stud, her dam Chilled out is a half-sister to the stakes winner The Big Chill and to the dam of the Gr.2 Cal Isuzu Stakes winner Coldplay.

Savabeel has produced a winner on every day of the VRC carnival so far and these winners include Gr.1 winner Shillelagh, Listed winner Kaonic and now Savacool. Interestingly, all three of them are trained by legendary trainer Chris Waller.