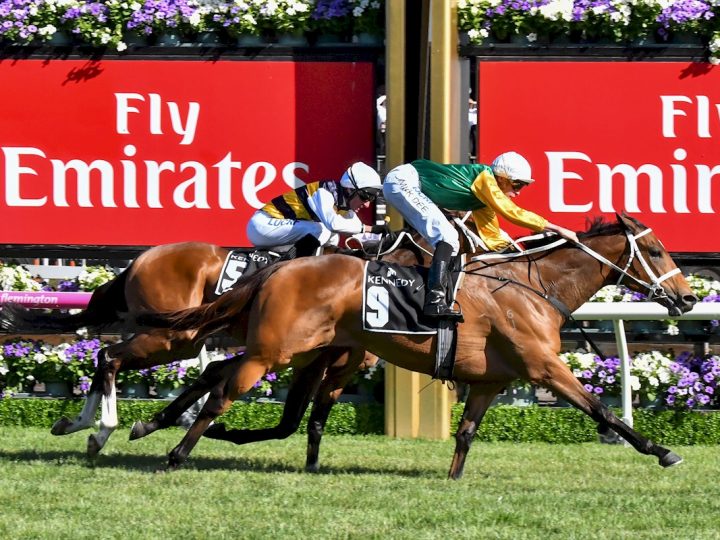 New Zealand-bred and owned Savabeel mare Shillelagh may be in the twilight of her career, but she’s showing no signs of slowing down.

Judging by her bold showing in Saturday’s Gr.1 Australian Cup she’s capable of adding to her winning tally through the autumn.

In the colours of Christopher and Susanna Grace, the daughter of Savabeel finished a close second in the Flemington feature.

“She ran fantastic. We had to go back to get in from the wide draw, but she fought on great,” rider Craig Williams said.

Trained by Chris Waller, Shillelagh has won eight races, including the Gr.1 Empire Rose Stakes and the Gr.1 Kennedy Mile.

She is a sister to the Gr.2 Brisbane Cup winner Tullamore and to the Listed Spring Classic winner Grazia.