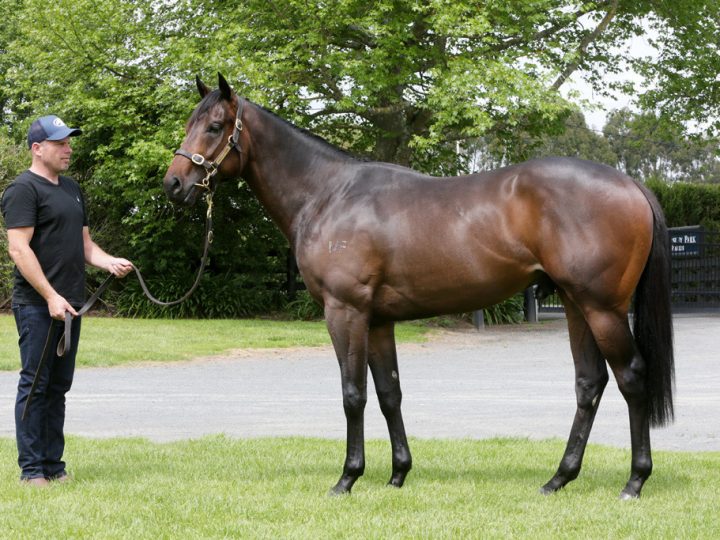 Waikato Stud’s Savabeel was once again the star of the show at New Zealand Bloodstock’s Ready to Run Sale with his handsome son topping the two-day auction when he sold for $700,000.

Late on Thursday afternoon, Te Akau chief David Ellis purchased the good-looking colt out of the draft of Riversley Stud, who offered him on behalf of the Smithies family’s Monovale operation.

“Max and Joe Smithies have bred a lot of very good horses and this is their best family. We wanted the colt at any cost and already 50 per cent of him has been sold and it’s a thrill for a guy like Jamie to have him in the stable,” Ellis said.

Ellis had also heeded the report card on the colt marked by leading jockey Danielle Johnson ahead of Karaka.

“She does a lot of riding for the stable and is a very, very good judge. We think he is the best type of Savabeel, he’s not too heavy and is beautifully balanced with a lovely attitude and a very correct colt.”

The Savabeel 2-year-old is the first foal of the unraced O’Reilly mare Miss Opulence.

She is a half-sister to the six-time Group 1 winner Sir Slick and to the dual elite level winner and sire Puccini. It’s also the family of the dual Group 2 winner Amarula.

“It’s been a great Sale and very positive. We knew he was a lovely colt and would bring some money, but probably not $700,000 so it’s fantastic,” Riversley’s Sam Beatson said.