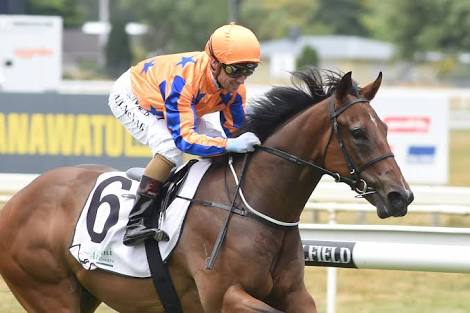 Opie Bosson’s judgment was again emphasised at Matamata where Savabeel’s son Sword Of Osman distanced his rivals. Te Akau’s stable jockey tipped him as a rare talent before the two-year-old had raced and his prediction has been on the money.

Sword Of Osman was successful on debut before he was unplaced in the Karaka Million (1200m), but he was back in the winning groove on Saturday with an effortless victory in the Group 3 Reid & Harrison Limited Slipper (1200m). He’s a really, really good horse,” Bosson said. “He’s one of the best in our stable and I’ve said that from day one. He’s pretty smart.”

Sword Of Osman was quickly into stride to lead and when Bosson asked him for a serious effort 200m from home the gelding exploded clear. “I thought he raced a bit keenly and wouldn’t kick like he did, but he’s got a ton of ability,” said Stephen Autridge who trains with Jamie Richards. “Opie can certainly pick the right one. He led when he won his first start and in the Karaka Million he got jammed up on the fence and didn’t have a lot of room so we turned the page on the run.”

A start in the Group 1 Sistema Stakes (1200m) at Ellerslie in a fortnight’s time now beckons Sword Of Osman. “We’ll have to look at that now,” Autridge said.

Sword of Osman was a $165,000 Karaka yearling purchase and was knocked down to Te Akau principal David Ellis.