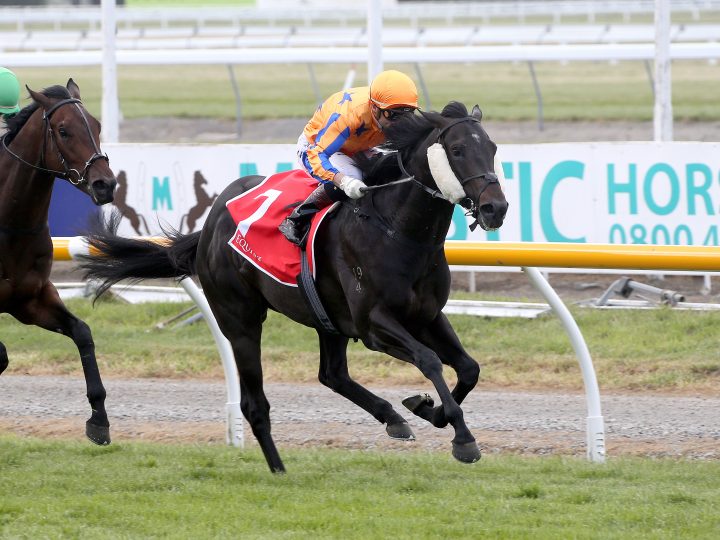 New Zealand’s champion sire Savabeel has continued to scale new heights as a sire in recent weeks, with his progeny extending his number of individual Group One winners to fourteen.
Shillelagh kicked things off strongly for the Waikato Stud stallion on the opening day of the Melbourne Cup Carnival, winning the Gr.1 Kennedy Mile (1600m) for owners and breeders Christopher and Susanna Grace.
A week later regally-bred colt Embellish improved his sire’s statistics further by taking out the Gr.1 New Zealand 2000 Guineas (1600m) at Riccarton.
Purchased by Te Akau principal David Ellis for $775,000 out of Waikato Stud’s 2016 New Zealand Bloodstock Premier Yearling Sale draft, Embellish has lived up to his substantial tag.
The brother to fellow Group One winner Diademe looks to be one of the most exciting gallopers of his generation and is being set for lofty targets on both sides of the Tasman.
“We’ll get him ready for the Karaka Mile, which is a million dollar race the day before the (New Zealand Bloodstock Yearling) sales,” Ellis said. “We’ll then look at taking him to the Australian Guineas at Flemington and then we’ll head up to Sydney for the classic races up there.”
The victory meant more than most to Waikato Stud principal Mark Chittick, who bred Embellish.
“Saturday was hugely satisfying for us, it was quite an emotional day as well,” he said.
“Bling, the dam of Embellish, is unfortunately no longer with us. We all worked very hard, especially Kerrie Cox, our bloodstock manager, and our vet Chris Phillips, to save that mare over a period of 12 months, but we lost the battle and that colt (Embellish) in particular was Kerrie’s favourite yearling.
“Kerrie has probably been involved in selling a thousand yearlings for us, but he was the first yearling, that when he sold, she actually cried.
“Embellish was the highest priced yearling we have ever sold and we do a lot with Te Akau and David does a lot for New Zealand.
“Savabeel is so important to the New Zealand breeding industry and so is David Ellis and Te Akau and we are all striving for results like what happened on Saturday.”
Saturday was made even sweeter for Chittick after Savapinski, a daughter of Savabeel bred by Waikato Stud, won the Gr.2 Matriarch Stakes (2000m) at Flemington.
Savapinski was purchased by Gai Waterhouse and Dynamic Syndications for $70,000 at the 2015 New Zealand Bloodstock Select Yearling Sale.
The four-year-old’s victory has helped extend Savabeel’s impressive strike rate to 6.3 per cent Group winners to runners and an incredible 10.1 percent Stakes winners to runners.
“Off the back of last season and the amount of stakes winners he had, it stamps him as one of the best stallions out there and with the best stallions that have stood in New Zealand,” Chittick said.