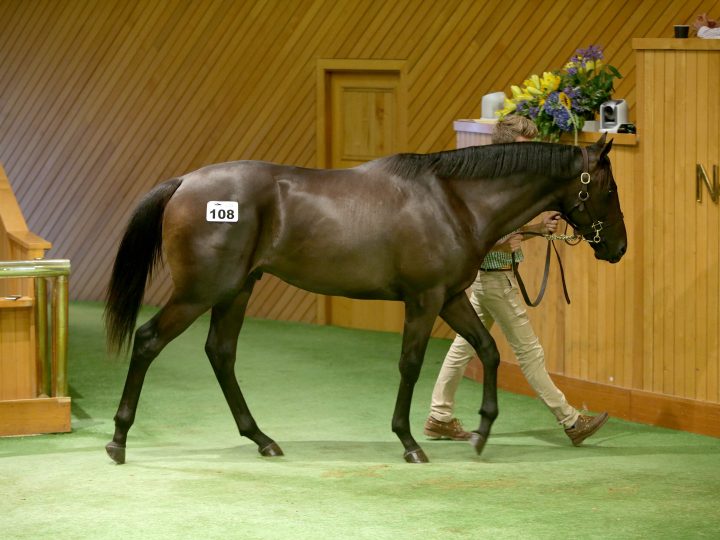 Waikato Stud’s well-related son of Savabeel is heading overseas with a hefty price tag following his sale during today’s Book 1 Sale at Karaka.

The colt is from an excellent black type family and he was knocked down to the final $500,000 bid of the Hong Kong Jockey Club.

He is out of the unraced Pins mare Eudora and is a brother to the gifted southern filly Savvy Coup, winner of the Group Three Eulogy Stakes and third in both the Group One Levin Classic and the Karaka 3YO Classic.

Savabeel was again a dominant force today with Te Akau boss David Ellis paying the day’s top price of $1,025,000 for the Zabeel stallion’s son of the dual Group One winner Katie Lee. Ellis had earlier gone to $900,000 for Cambridge Stud’s Savabeel filly out of the Group-performed Redoute’s Choice mare Joy’s Choice.

Chris Waller also made his presence felt early in the second session of at Karaka.

On behalf of the champion trainer, respected bloodstock agent Guy Mulcaster secured a pair of youngsters from Waikato Stud within the first 30 minutes of selling commencing.

Mulcaster successfully outbid Te Akau principal David Ellis with a final offer of $425,000 on the Savabeel colt from Anabaa mare Chilled Out (Lot 108).

He followed up immediately with a $220,000 winning bid for Waikato Stud’s Ocean Park colt from the family of former top juvenile Good Faith (Lot 109).

“We are sourcing horses for a syndicate we have put together specifically for this sale,” Mulcaster said.

“The Kaha syndicate is a continuation of a concept we have used successfully here at Karaka in recent years as we look for horses to target the classic three-year-old races in Australia.”

Mulcaster admitted he was pleasantly surprised at what he had to pay for the Savabeel colt after there had been plenty of pre-sale hype around the colt.

“You never really know what you are going to have to pay for this type of colt,” he said. “He was one we were very keen on and I thought he was very good buying at that price.”

The son of Savabeel is from the family of Waikato Stud’s multiple Group winner Coldplay while their three-time Group One winner Daffodil features on the pedigree page of the Ocean Park colt.

The half-sister by Savabeel to the Group One Queensland Oaks winner Miss Keepsake also went to Mulcaster for $300,000(Lot 285).

Ellis went to $380,000 for a daughter of Savabeel from Group performer Far Fetched, by Pins (Lot 203). The filly is from the same family as the $500,000 colt purchased by the Hong Kong Jockey Club.

Go Racing’s Albert Bosma was another to get into the Savabeel action when he paid $280,000 for the half-brother to the multiple Group One winner and now Waikato Stud resident sire Sacred Falls (Lot 265).