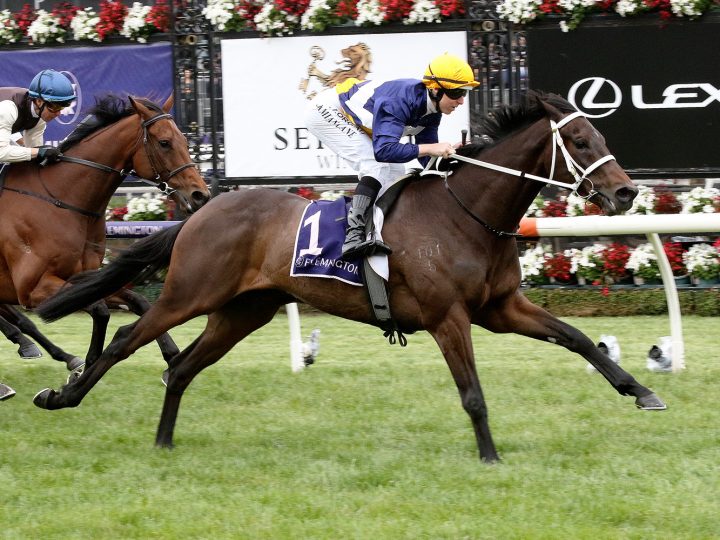 Cranbourne trainer Natalie Young is a major fan of Savabeel and she’ll be shopping for more of them later this month.

She will be returning home for New Zealand Bloodstock’s Ready to Run Sale at Karaka on November 20 and 21.

“I can’t wait to get over there and get a couple more Savabeels,” said Young, who trains with partner Trent Busuttin.

They enjoyed carnival success today at Flemington where a son of the Waikato Stud stallion returned to top form.

“Taking the blinkers off was the ticket to getting him to settle,” Young said.

“It’s great to get a win at the carnival, it’s like the Olympics for us!”.