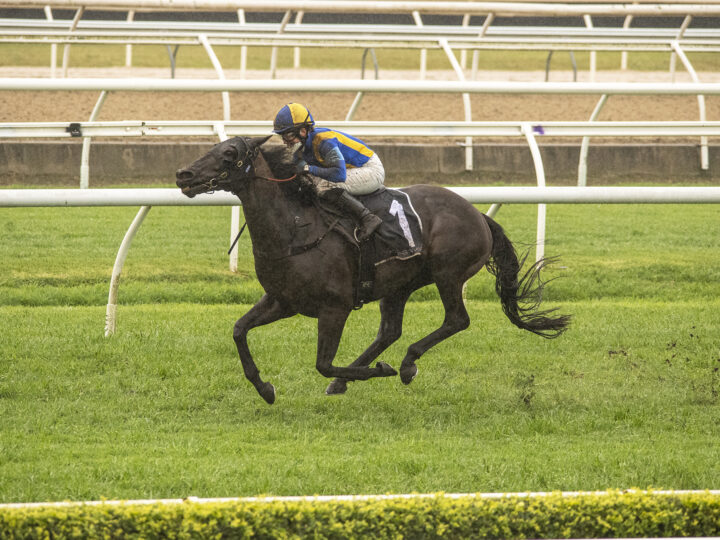 Savvy Valentino has an abundance of staying ability and that was again on show on his home track at Warwick Farm this afternoon where he was an emphatic winner.

The son of Savabeel came from last with 700 metres to run, to win for the fourth time over 2400-metres and further endear himself to Rachel King, who had been successful on the Bjorn Baker-trained 5-year-old on the Kensington course.

“He’s just a beautiful horse to ride over a trip and he’s full of confidence,” she said.

Co-bred with Howard and Pam Forbes and sold by Waikato Stud, Savvy Valentino improved quickly around runners from the 600-metre mark and, after cornering widest, forged clear in the Heavy 8 going to score by

“At the top of the straight I didn’t want to be on any other horse. He is an out and out stayer and it was a big effort with the weight (61kg) in testing conditions,” King said.

Savvy Valentino was sold at Karaka by Waikato Stud to Baker for $160,000 and is the first foal of the dual Group 3-winning O’Reilly mare High Fashion.