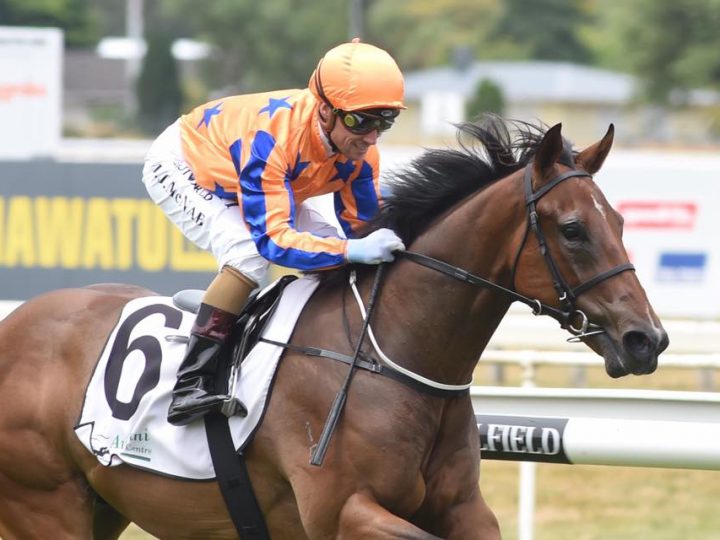 A youngster bought with a staying career in mind is in contention for a massive juvenile pay day. Sword Of Osman distanced his rivals on debut in Saturday’s NZ Bakels 2Y0 Premier (1100m) at Awapuni to put himself right in the frame for next month’s Karaka Million (1200m).
The Savabeel gelding made the running and coasted clear in the run to the post to win untouched by three lengths. “He could be racing for $1 million in a month after he was bought as a staying three-year-old,” said Jamie Richards, who trains Sword Of Osman with Stephen Autridge. “Anything he has done today he will improve on – he could be something special.”
At Awapuni, Sword Of Osman was making his first public appearance after impressing at home. “He’s a lovely horse and the Savabeels are all the go,” Richards said. “Unfortunately, it went from being pretty wet to firm and we didn’t want to trial him on a hard track,” Richards said. “He had impressed Opie (Bosson) in jump-outs though.”
With Bosson in action at Te Rapa, Michael McNab had the ride and he had the easiest of times aboard Sword Of Osman. “He’s a machine,” he said. “Opie’s had a rap on him for about a month now. I galloped him one morning during the week and it was like Melody Belle all over again.”