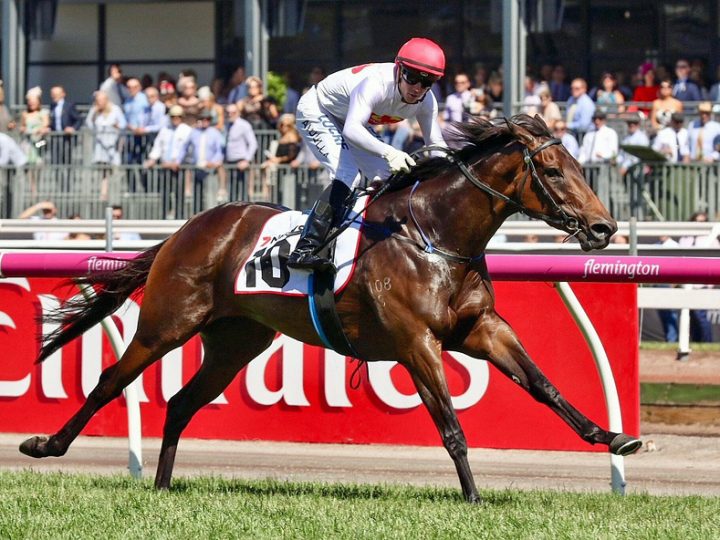 A stunning day for WS was completed at Flemington by the quality mare Savapinski when she won the Gr.2 Matriarch Stakes. The four-year-old was making just her seventh race day appearance and went to another level when she trounced her more experienced rivals.
That front-running performance followed the earlier victory at Riccarton of the Matamata farm’s home-bred star Embellish, also by Savabeel, in the Gr.1 New Zealand 2000 Guineas. The day had started off positively for WS when graduate Espumoso (Pins) kept his unbeaten record with his victory at Te Rapa.
Savapinski is trained by Gai Waterhouse and Adrian Bott. “This mare is a mare on the rise, I targeted this race for a while as I thought she would be very hard to beat,” Waterhouse said. “I knew if Brenton (Avdulla) used her speed they might not run her down, she just skipped away. She was like a little bunny rabbit.”
Avdulla, who won on Savapinski in a Class Two at Hawkesbury in September, always thought the mare would love racing over 2000m at Flemington. “I won on her at Hawkesbury one day, and I said to them, she won’t be at her peak until 2000m,” he said.
“They kept holding her back, hasn’t got to 2000m yet, but they obviously had her set for grand final day today, maybe about two months ago, they had her prepped ready to go today. She lacks a turn of foot, but as Gai always used to tell me, she’s had plenty of good horses that were one-paced, and a classic example is this little girl.”
Savapinski was secured for $70,000 out of WS’s Select Sale draft by Waterhouse and Dynamic Syndications at Karaka in 2105. She is a daughter of the unraced Pins mare Swarovski, a half-sister to the Listed Rotorua Stakes winner Glitzy (O’Reilly).