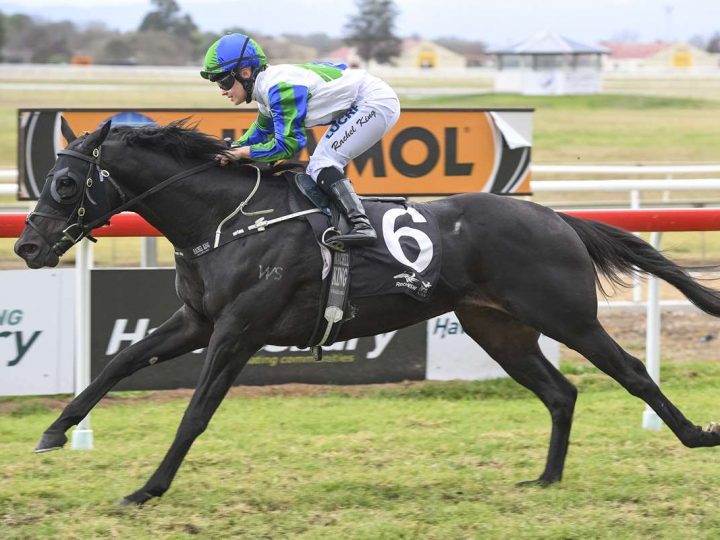 The familiar Waikato Stud colours were in winning action at Hawkesbury this afternoon where Saving furthered his record.

The progressive three-year-old was successful for the second time in his brief career with a victory over 1600 metres.

Saving is trained by John O’Shea and was ridden by Rachel King and is a son of Savabeel and Spending.

The dam is a daughter of Pins and won up to 1000 metres and was runner-up in the Listed Creswick Stakes.

Spending is a sister to the Group winners Shopaholic and Packings Pins and a half-sister to another Group winner in Splurge.

They are out of the Gr.3 Thoroughbred Club Stakes winner and Gr.1 Ascot Vale Stakes runner-up Splashing Out. It is a true blue Waikato Stud family with Splashing Out a three-quarter sister to multiple Group One winner and resident sire Sacred Falls.